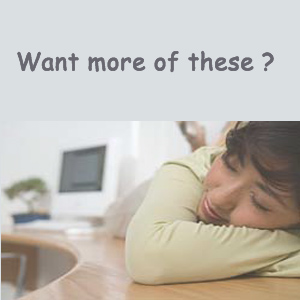 Here’s your excuse the next time you get caught napping at your desk. A new study conducted shows that napping during the day can boost one’s ability to remember things. The study suggests that taking a 45 minute nap during the day could enhance the ability to recall facts especially if they are well learnt in the first place.

Researchers say that the nap appears to help this type of memory, called “declarative memory.” This memory applies mainly to factual knowledge, opposed to skills.

“Sleep appears to have an impact on what is learned well, but not so much when one is not motivated to learn,” said lead researcher Matthew A. Tucker, a postdoctoral fellow at Harvard Medical School’s Center for Sleep and Cognition.

For the study, 33 students took three different tests to test their short-term memory. In one test, they had to learn and remember pairs of unrelated words, such as “alligator” and “cigar”. In another test, they had to navigate and remember a maze shown on a computer screen. And in the last test, the students had to copy a complex drawing onto a sheet of paper, and then sketch the drawing from memory. After this was done, half the group took a nap while the other half stayed awake.

The research team found conclusive evidence that pointed to the group of nappers having an easier time remembering what they had previously learned than the non-napping group.

Napping however boosted scores on the word-pair test, but not the other two tests. Taking a closer look at the test scores showed that on all three tests, people with the highest scores before napping were the ones with the biggest gains in their post-nap test scores. So if they didn’t really absorb information before their nap, naps didn’t magically make the information sink in.

“The nap group performed better overall than the group that were awake, but the difference wasn’t significant,” Tucker said. “However, when we looked at individual performance during training, we found those who did better during training benefited from napping,” he added.

Matthew Tucker, PhD, along with colleague William Fishbein, PhD, reported their findings in the journal Sleep. Tucker and Fishbein work in the psychology department of the City College of the City University of New York.