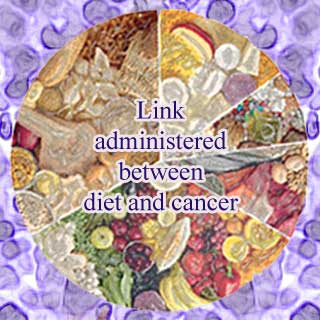 According to the World Cancer Research Fund, almost 50 percent of the people are not aware of the link between diet and cancer. Almost half of the people are ignorant to the fact that an unhealthy diet could increase their risk of developing cancer.

A survey of about 2000 people revealed that only four people out of ten were aware of the association between diet and the disease. It was discovered that only about one in three people knew that the consumption of processed meat could increase their cancer development chances. However, about 42 percent of the people were aware of the fact that lack of physical activity or exercise could play a major role in the potential onset of cancer.

It is stated that research has shown that maintaining a healthy weight, after giving up smoking, could be of great significance in cancer prevention. Excess body fat is linked to six different types of cancers, which include postmenopausal breast cancer and bowel cancer as well.

Lisa Cooney, head of education for the World Cancer Research Fund, says that, “The scientific evidence is clear that people can reduce their risk of cancer through eating healthily and reducing their intake of things like alcohol and processed meat,” She continues that, “But these results show that there are still millions of people in Britain who are unaware of how they can take simple steps to reduce their cancer risk. This means they are not in a position to make informed lifestyle choices.”

Having said this, it is also said that as per the survey conducted two years back, it is noticed that there has been an increase in the number of people aware of the link between diet and cancer.