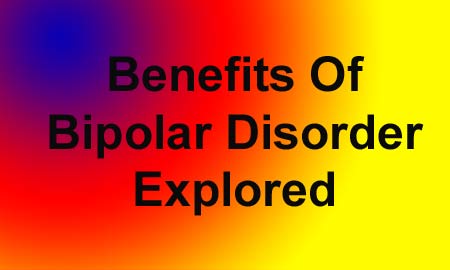 About 10 individuals aged between 24 and 57 who were diagnosed with bipolar disorder participated in the trial. They were surveyed and interviewed on their opinions and perceptions of the psychiatric condition they were suffering from. According to the results, these subjects reported increased perpetual sensitivity and tendency to work that enhanced their productivity.

This analysis reported in the Journal of Affective Disorders, looked at perspectives of patients who sometimes seemed to enjoy their experiences and did not wish to live without this psychological condition. Some of the positive attributes reported by participants included increased clarity, objectivity, and creativity among others.

Dr Fiona Lobban, who led the study, commented, “Bipolar Disorder is generally seen as a severe and enduring mental illness with serious negative consequences for the people with this diagnosis and their friends and family. For some people this is very much the case.”

A few of the subjects belonged to top-notch professional jobs and were pursuing further studies. They explained how certain instances when the workload was immense and difficult, they could achieve their goals easily. Surprisingly, some of them even felt rewarded or blessed for experiencing this issue.

Bipolar disorder is a psychological condition where the person in question switches from periods of euphoria to manic depression. It has many negative consequences like substance abuse, suicidal tendencies and bad relationships. However, each case is different and a look on the other side of the pasture reveals that it could indeed be green for some.

Moreover, looking at just the negative repercussions of the disorder makes it a thorough negative encounter, while it may not be so. Having a positive outlook towards bipolar disorder could eventually treat it too, concluded the team.