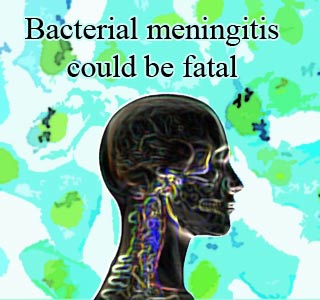 Researchers have unveiled the way in which certain bacterium ape the human cells to dodge the body’s immune system. This bacterium may also be held responsible for causing bacterial meningitis. This revelation was made by the researchers of the University of Oxford and Imperial College London.

The most common cause of bacterial meningitis is the Neisseria meningitides bacterium. This bacterium comes in varying forms, resulting in different strains of the disease. There are vaccines available for strains A and C; however there are currently no vaccines available for strain B of the disease. Infection caused due to a virus or bacteria, could lead to an inflammation of the membranes covering the brain and spinal cord. However, bacterial meningitis is considered much more serious, as it could even prove to be fatal.

These researchers hope that their findings could lead to the development of novel vaccines and approaches to shield against meningitis. They saw how one particular protein in the Neisseria meningitides prompts the bacteria to evade the body’s innate immune system and as a result avoid being destroyed. The research team was led by Professor Susan M. Lea of the Sir William Dunn School of Pathology at the University of Oxford and Professor Christoph M. Tang of the Centre for Molecular Microbiology and Infection at Imperial College London.

Professor Lea says that, “It’s like the bacteria have stolen someone’s coat and put it on in an effort to look like them. This protein enables the meningococcal bacteria to pass themselves off as human cells, and the disguise is good enough to fool the immune system.”

Professor Tang added that, “Meningitis B can be a devastating disease and there is an urgent need to create an effective vaccine against it. We hope our new findings will help with this work. Our study gives us a clearer understanding of how meningococcal bacteria shield themselves from the immune system and it suggests that we could tailor new vaccines to fight this important human pathogen.”

The study results are believed to be useful for the future development of various protective vaccines against this potentially fatal disease. The study authors state that they hope to soon use these findings, to work in collaboration with pharmaceutical companies with the aim of producing enhanced and powerful vaccines that protect against meningitis B.

Their study findings are published in Nature.