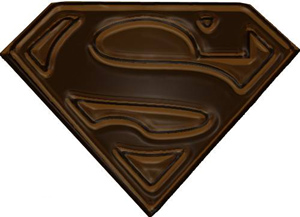 Traditional pills may soon be replaced by yummy tasting chocolate. Vitamin-packed dark chocolate that will not melt in the heat of the battle and will last for years is being developed for Australian soldiers.

Scientists from the Defense Science and Technology Organization at Scottsdale are now working on the new super chocolate for army ration packs.

According to DSTO spokeswoman Helen Ward, “From a nutritionist’s point of view we would love to give the soldiers a fresh meal every day. But logistics don’t always allow that and we don’t want our soldiers to die of malnutrition when they are in a foxhole feeling hungry.”

Ms Ward said the idea of supplying troops with chocolate had psychological and physiological advantages.

“We could just give them a pill containing the same vitamins, but it would be nothing like giving them real food.

“Chocolate has long been regarded as a treat, something to look forward to and something that would provide a mental and physical boost.

“That’s why this is being developed to withstand the elements.”

DSTO food technologist Lan Bui, who is based at Scottsdale, said the new product is more granular and firmer but the flavour is still appealing.

“DSTO is looking at product reformulation, including new fat compounds, to improve texture and flavour, without affecting the melting point,” Dr Bui said.

Normal chocolate melts about 25-30C, but she said the new version will be expected to maintain its uniformity for extended periods at over 49 degrees Celcius.

Scientists are working with food experts on coating vitamins to keep out humidity, moisture and oxygen, while allowing them to be slowly released into the body.

The team is also working on a milk chocolate variety and developing less permeable packaging to extend shelf life.