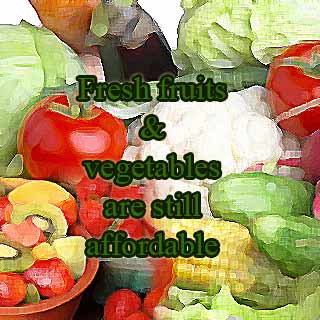 On tallying the increasing cost of food and the rising average income and welfare payments, a new survey has found that the affordability of healthy food was still the same as it was almost a decade back. This survey was published by Wiley-Blackwell.

Study author, Dr. Peter Williams, accredited practicing dietitian, says that, “It’s concerning that fruit and vegetable prices have gone up the most. Our study shows this rise has been offset by other prices coming down and by the increase in people’s income. So putting healthy food on the table is still possible even in this day and age.”

Claire Hewat, Executive Director of the Dietitians Association of Australia, says that, “Now more than ever, the Government needs to focus its policies on reducing the cost of healthy food like fruit and vegetables. All Australians should be able to access healthy foods at a reasonable price.”

They have recommended Australians to prepare home made meals more often by using basic food items like vegetables and fruits. It is also pointed out that purchasing fresh foods from the super market would prove to be more cost-effective and affordable as compared to eating out.

Their findings are published in Nutrition and Dietetics.