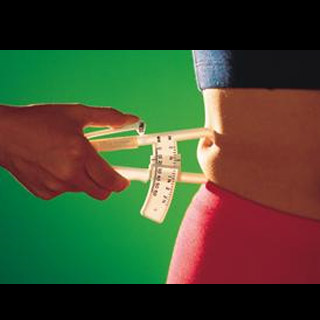 We had mentioned in an earlier article that older people tend to think fat translates to good health. However being fat we saw could be anything but healthy. This is because being obese in childhood may cause a number of issues in a child’s life. Apart from facing ridicule and humiliation from their peers, they may also face a lot of serious health problems.

Pertaining to obesity, two latest studies have claimed disturbing trends in childhood obesity. The number of children suffering from obesity is said to be increasing day by day. Also parents apparently don’t realize that their child is obese and may need medical attention. Apparently between 1976 and 2004, the rate of severely obese children, those with BMIs at or above the 99th percentile, has supposedly increased three-fold to a total of about 2.7 million. A separate, smaller study claims that approximately a third of parents undervalue their child’s weight.

Roughly 4 percent of children in the U.S. are supposed to be morbidly obese. This was found by the study experts from the University of Rochester Medical Center (URMC), along with colleagues at Wake Forest University and Baylor College of Medicine. The latest approximation of the rate of obesity among kids is supposedly 17 percent of the population.

Data was collected from the National Health and Nutrition Examination Surveys from 1976 to 2004. The study checked this data and discovered that the rate apparently increased from 0.8 percent in the 1976-1980 survey to about 3.8 percent in the 1999-2004 survey. It was also found that the maximum increase was supposedly seen among blacks, Mexican Americans and those living in poverty.

Stephen Cook, M.D., M.P.H., assistant professor of Pediatrics at URMC’s Golisano Children’s Hospital and one of the authors of the study, commented, “We knew the rate of severely obese children was increasing, but we were surprised at how quickly the number is rising. These children have a higher prevalence of cardiovascular risk factors, even before they reach adulthood. We’re very concerned about the future as well as immediate health of these children.”

One third of the teens with severe obesity were supposedly categorized as meeting the adult norm for the metabolic syndrome. This increased the risk factors for heart disease and diabetes in adulthood, and eventually, could result in an early death. Almost 4 percent, or about 2.7 million children, apparently have a BMI at or above the 99th percentile, the point at which bariatric surgery is supposedly thought of.

Cook mentioned, “Until a child reaches the point where bariatric surgery is an option, there are few treatment options for families. Insurance doesn’t typically cover the cost, and without that, most families cannot afford to pay. Without coverage for non-surgical options, the treatment services lose money and have to close.”

Experts believe that their findings point to the environment as a significant aspect in determining whether a child develops obesity and something over which children have apparently no control.

Another URMC study claims that parents frequently underrate their children’s weight status and the effect it may have on the health. The study explains that about 31 percent of interviewed parents supposedly undervalued their children’s weight, counting both children who are overweight and normal weight. Parents who thought their children to be underweight appeared to be more anxious about their well-being than parents who did not grasp that their children were supposed to be overweight. Since parents, particularly of young children, are supposedly the decision makers about what children eat, how they spend their time and where they live, the experts may be worried that parents aren’t taking the issue of childhood obesity critically enough.

Jillian M. Tschamler, an author of the paper who was a student at the University of Rochester at the time it was written and is currently a graduate student in nursing at the University of Virginia, commented, “Parents play an important role in lowering their child’s risk of obesity – they have the ability to encourage physical exercise and teach their children about a healthy diet beginning in early childhood. Healthy habits that children learn at a young age will decrease their risk of becoming overweight in the future, and prevention is a crucial step in lowering the overall rate of obesity in children.”