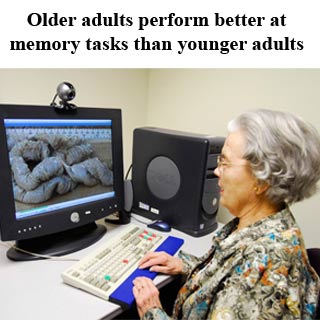 According to a latest study, older adults can better control emotions to avoid disrupting their performance on a task, as compared to younger adults. They state that age brings with itself a better regulation of emotions. This study was conducted by Georgia Tech.

The study investigators state that regulating emotions and avoiding disturbing thoughts is a process which requires a lot of resources, which in turn disrupts the younger adults’ ability to subsequently or simultaneously perform the given task.

Lead study author, Fredda Blanchard-Fields, chair of School of Psychology, Georgia Tech, says that, “This study is among the first to demonstrate that the costs of emotion regulation vary across age groups.”

With the purpose of determining the effect that a person’s emotion regulation has on the task performance; the first group of subjects, who watched the disgust-inducing video were divided into three groups. They were either told to change their negative reaction into positive, or to maintain the intensity of their negative reaction and not change their feelings, or they were not instructed at all. Similarly the subjects who had viewed the second video were also not given any instructions. All the subjects were again made to play a few more memory games.

The yielded results revealed that the older adults performed better than the younger ones. Blanchard-Fields says that, “Negative emotions can be toxic and disrupt one’s balance in life, so the ability of older adults to regulate negative emotions serves to enhance their quality of life. Older adults are so efficient at dealing with their emotions that it doesn’t cost them any decrease in performance, which is a really positive thing.”

Their study findings are published in the Psychology and Aging journal.