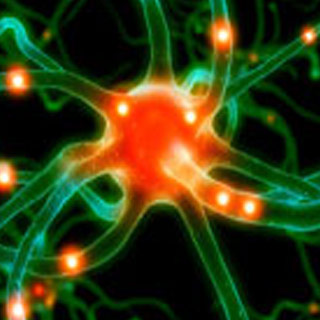 According to a latest research, irregular signaling by steroid hormones may perhaps be able to affect the manner in which genes are expressed in rodents. At least that’s what a novel research by scientists at the University of Bristol and the National Cancer Institute (NCI), USA. has to say.

The release of hormones by the body’s glands could occur in an episodic, or ultradian, pattern. This pattern is believed to consist of repeated periods of release which take place throughout a 24-hour, also called as circadian period.

Glucocorticoid is noted to have functioned through the glucocorticoid receptor. Evidently, this receptor is expressed in nearly every cell in the body. Furthermore, it seems to regulate genes which control development, metabolism and immune response.

Studies of the glucocorticoid receptor may perhaps characteristically evaluate gene responses after long-term stimulation with synthetic hormones. Since these hormones are known to be released from the adrenal glands in a circadian pattern, such treatments may not completely replicate the real situation in living animals. In addition these hormones appear to have been released in a pulsing mode, cycling about every hour, which is generally referred to as ultradian cycling.

At first, researchers administered corticosterone in a pulsed manner near cultured mouse cells. Corticosterone is noted to be a naturally occurring glucocorticoid hormone in rodents. Later, they examined the levels of recently synthesized RNA from glucocorticoid receptor-regulated genes. Allegedly, these receptor-regulated genes were tracked accurately with the hormone pulses.

Professor Stafford Lightman, head of the Henry Wellcome Laboratories for Integrative Neuroscience and Endocrinology, at the University of Bristol, stated that, “We have previously shown that the hormone cortisol is released in pulses in man as well as rodents. The present results now show that this pattern of hormone release is critical for good health and provides a novel concept for new drug design.”

Apparently, this research has major implications for understanding how steroids function and opens new ways for innovative therapies. The findings of the research argue that gene pulsing regulated by glucocorticoid receptors appear to be directly associated to changing levels of gene activity.

Researchers claimed that further studies as well as follow-up studies in humans are required in order to replicate their findings, considering the broad therapeutic use of glucocorticoids for arthritis and some cancer signs. Purportedly, such studies may perhaps assist in defining the probable role of ultradian application of glucocorticoid receptor therapy.

The findings of the research will be soon published in the journal Nature Cell Biology.