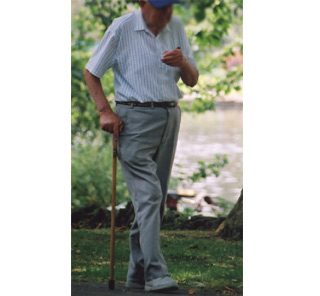 A study has shown that men who are above the age of 60 and who have low blood testosterone levels are more prone to fractures.

According to the researchers, one-third of all osteoporotic fractures caused by porous bones generally occur in men. It happens particularly in those men who had a previous osetoporotic fracture and they are the ones who have three to four times the risk of having another facture than a woman of the same age with a fracture.

The study, led by Christian Meier, MD of the University of Sydney Concord, New South Wales, Australia, observed 609 men with the average age of 72.6 between January 1989 and December 2005.

The study authors said, “Preventing the first such fracture may have major public health implications. Thus, understanding the determinants of fracture risk in men may reduce the burden of disease through facilitating better prevention strategies.”

At the beginning of the study, they recorded the men’s bone mineral density and lifestyle factors, including Serum testosterone and estradiol (an estrogen) levels. During follow-up they determines the occurrence of a low-trauma fracture.

The study found that low-trauma fractures occurred in 113 men during follow up and those with low testosterone levels were at a higher risk of fracture.

The authors concluded by saying that men over 60 having low levels of estradiol and testosterone were at a higher risk of fracture, but only the effect of testosterone was independent of other risk factors.

“While testosterone may affect fracture risk via skeletal and non-skeletal mechanisms, the present findings suggest that measurement of serum testosterone provides additional clinical information for the assessment of fracture risk in elderly men,” concluded the authors.