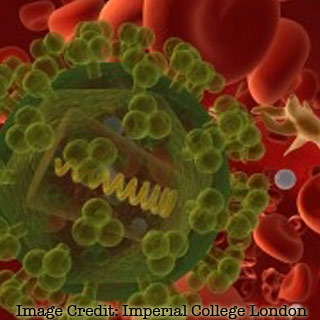 HIV patients can now possibly cut down on the number of their medical check-ups, thanks to a new device slotted for development. This device is believed to monitor as well as assess the effectiveness of the treatment of a patient, without them having to frequently visit the doctor. London Centre for Nanotechnology scientists along with researchers from the University College London, Imperial College London Centre for Medical Molecular Virology, the Royal Free Hampstead NHS Trust, Cambridge Medical Innovations, Sphere Medical Ltd. and BionanoConsulting are working together for the development of the device.

HIV is estimated to have an average of 70,000 carriers in UK alone, and a world wide proportion of 35 million people. Therefore this new device is believed to be a boon for doctors, especially in the developing world. This device is stated to monitor the level of the virus in an HIV infected person.

It is further stated that such a development will help in keeping a regular check on HIV patients and caution them if required. It is further noted that the patients would benefit a lot from this device, as the number of check ups to the doctor would reduce.

The device is stated to include microcantilever arrays, which measure HIV and other protein markers which are necessary to assess the level of the virus. The device also comprises of a marker which detects how the body responds to the virus.

“The microcantilever arrays are each coated with substances that stick to the HIV and other proteins, which are markers associated with disease progression. Accommodating these markers causes the highly sensitive sensors to bend like a diving board and this bend indicates the level of virus in the body. We have used microcantilever arrays to investigate drug resistance in super bugs such as MRSA, and are excited by the opportunity to extend this approach to detecting HIV markers” stated University College London lead investigator Dr. Rachel McKendry, Reader in Biomedical Nanoscience at the London Centre for Nanotechnology.

The device is believed to display advice messages like “you are fine today” or “have you scheduled a visit with your GP this week?” depending on the level of virus in one’s body. The instrument is suggested to alert the HIV patients about their treatments and health.

Robin Weiss, Professor of University College London, stated that, “One of the principal advantages of the proposed device is its capacity to monitor viral and immunological markers on a single chip without the need for time consuming analysis that requires specialist laboratories.”

A £2 million grant over the period of next three years, is said to be provided for the development of this device for HIV patients. On verifying the effectiveness of this prototype device, additional funding is also said to have been promised.