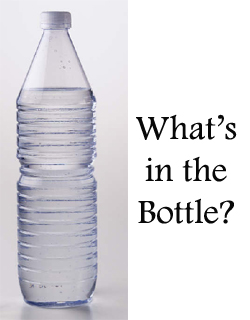 National Toxicology Program (NTP), Washington, has produced a report on the hazards of chemical Bisphenol A (BPA) present in plastic bottles. It is believed to be potentially harmful for infants and children and has raised a need for more research on it.

US Centres for Disease Control and Prevention conducted a survey which showed that urine of 93% of children and infants aged six years and older contained BPA, in the US.

The NTP report stresses more on the effects of BPA on reproduction and developments like changes in fertility, birth weight, and the development of certain brain regions. It does not clarify or give any link between BPA and cancer although it does state that BPA has shown effects on breast and prostate tissue, as well as on how early puberty occurs in some animal studies.

BPA is used in numerous plastic products like plastic water and baby bottles, food packaging, compact discs, and other consumer products. However plastic products containing BPA have number 7 written in the bottom.

The report is being considered everywhere in the world, for example, Canada, where the government is planning to begin a 60-day public comment period where it will be decided whether to ban baby bottles containing BPA. Nalgene, a manufacturer has also announced that use of BPA in its containers will be banned.

A previous report in November 2007 by Dr Maricel Maffini, a biologist, states that high temperatures and detergents used to sterilize baby bottles increase the leaching of BPA. Her study also stated that the chemical increases the exposure to oestrogen lifting the risk of breast cancer. “The problem is these bottles leach bisphenol A, so you are constantly drinking a low level of bisphenol A,” Maffini told Sunday Star-Times. According to her there is a lot of convincing data that proves that even low doses of BPA can have a tremendous effect later in life.