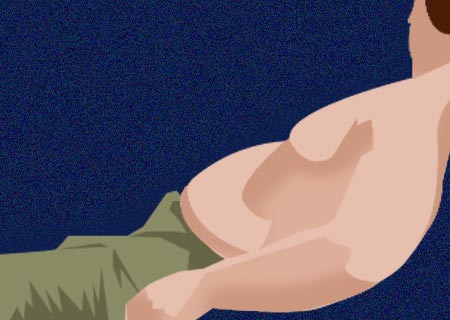 We all know that obesity is a growing epidemic, globally. Numerous reasons have been found why being obese may be unhealthy. Now a new study has provided another basis for these conclusions. This study has demonstrated that both obesity and a large belly may increase the risk of developing restless leg syndrome. The author of this study was Xiang Gao, MD., PhD, with the Harvard School of Public Health, Boston.

Restless leg syndrome (RLS) is a common sleep disorder where the sufferer experiences an irresistible urge to move their legs. It has been calculated that around 5 to 10 percent of adults in the United States suffer from this syndrome. This disorder is said to frequently have a considerable impact on sleep, daily activities and the quality of life of the affected individual.

It has been stated that the participants who took part in this study were those who had also taken part in the Health Professionals Follow-Up Study or the Nurses’ Health Study II. The study investigators are said to have questioned more than 65,000 women and 23,000 men as a part of the study. It was reported that neither of these participants were pregnant, had diabetes or arthritis. The investigators observed that out of these participants, about 6.4 percent of the women and 4.1 percent of the men had restless leg syndrome.

Through the study it was found that obese participants had a higher likelihood of having this syndrome as compared to the others. These obese participants were believed to have a body mass index score of more than 30. Additionally, it was also found that the participants, who were among the top 20 percent of the group having the highest waist circumference, may have a higher possibility of having this syndrome. They were said to have more than one-and-a-half times the likelihood of having restless leg syndrome as compared to the bottom 20 percent of the group with the lowest belly size. These results did not vary with age, anxiety, smoking, or use of antidepressants.

Some studies have suggested that the dopamine receptor levels in the brains of obese people may be lower as compared to others. Gao says that, “Since decreased dopamine function is believed to play a critical role in RLS as well, this could be the link between the two.”

Gao also states that, “These results may be important since obesity is a modifiable risk factor that is becoming increasingly common in the U.S.”

However, it has seemingly not yet been verified that a low body mass index score and small waist size may aid in preventing the development of this restless leg syndrome.

This study has been published in the print issue of Neurology, the medical journal of the American Academy of Neurology.