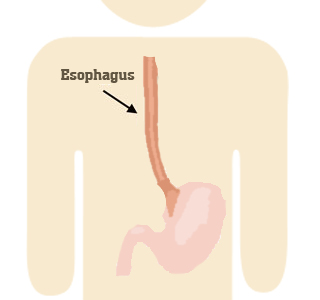 A team of experts are attempting to better understand the efficiency and security of a novel methodology of treating cancer patients. They are believed to be in the midst of studying the usefulness of a latest system for giving chemotherapy treatments to the patients suffering from esophageal cancer. These experts are trying to verify whether this particular treatment could possibly help in reducing the size of these tumors in the patients. This attempt is being made by the gastroenterologists at the Rush University Medical Center.

Esophageal cancer is believed to be a rare disease. As the name suggests, this fatal disease is a malignancy of the esophagus. Patients suffering from this cancer are believed to be diagnosed at a later stage, due to which they have to undergo both, chemotherapy as well as esophagectomy. Esophagectomy is acknowledged to be a procedure through which the esophagus is partly or entirely removed, surgically.

“Patients with esophageal cancer have very few treatment options and life expectancy can be less than two years from first diagnosis. This also could potentially be a viable treatment option for patients who have inoperable tumors located in their esophagus,” says principal study investigator, Dr. Sohrab Mobarhan, clinical director of the Coleman Foundation Comprehensive Clinic for Gastrointestinal Cancers at Rush University Medical Center.

The study experts have stated that their novel drug therapy provides a concentrated dosage of chemotherapy to the patients. Not only this, the highly concentrated dosage is said to be non-surgically injected right in to the esophagus tumor. This drug, called the OncoGel, is said to consist of two key factors; the ReGel drug delivery system and paxclitaxel. The ReGel drug delivery system is said to be made up of biodegradable stitches, whereas paxclitaxel is a chemotherapy agent used against cancer.

Mobarhan states that, in pilot studies it was noticed that the Oncogel would repeatedly discharge paxclitaxel in high concentrated doses instead of merely transporting it via the bloodstream for a limited period of time.

He further explains that, “Because the symptoms do not seem unusual, the disease can go unnoticed and ignored for long periods of time. A chronic cough, sore throat, indigestion and acid reflux are some of the symptoms that can mask the disease. The lesions that form into cancerous tumors can cause the opening of the esophagus to narrow to nearly half its usual width and make it difficult to swallow.”

In the earlier part of the study, a decrease was noticed in the tumor size of 70 percent of the patients suffering from an inoperable stage of this type of cancer. Apparently OncoGel was said to have been used in addition to radiotherapy in these patients suffering from esophageal cancer. More so it was also stated that post their treatment, the biopsy samples of about 40 percent of these patients didn’t seem to have any tumor cells.

These findings could prove to be very beneficial for the adoption of a novel methodology for fighting against a deadly disease like esophageal cancer.