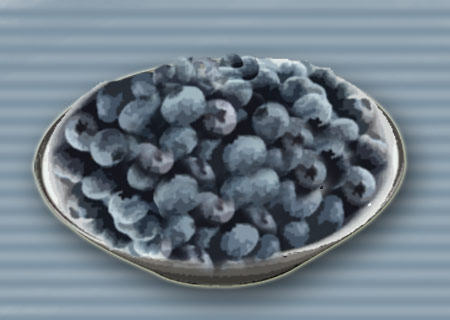 Adoption of every imaginable dietary regime to lose those extra pounds may not have yielded your desired results. If you feel you have exhausted the list of your options, then you may want to think again. Blueberries are believed to have made a grand entry into the field of potentially helpful dietary foodstuffs. It seems that blueberries may not only be helpful in losing excess body fat, but also helpful in lowering the risk of the onset of heart problems and metabolic syndrome. At least this is what the experts from the University of Michigan Cardiovascular Center believe.

Metabolic syndrome is believed to be a cluster of health related complications which include high blood pressure, high triglycerides, fat around the waist, and high blood sugar among others. All these factors together are said to increase the chances of developing diabetes, heart attack or stroke.

It seems that blueberries may be useful for those people who have gotten the blues over their failed attempts to lose weight! On a more serious note, blueberries are believed to have this ability due to their high level of phytochemicals. This is not the only berry which is believed to be capable of preventing or curing certain diseases from developing. A while ago, we had covered another interesting news report stating that black raspberries had the potential ability to restrain the growth of cancerous cells. Akin to the present study, even that study was believed to have been conducted on rats.

In order to gauge the effect of blueberry, they were fed to rats by mixing it in their diet. The rats were fed frozen dried blueberries, which were crushed into a powder form and fed to them as a part of either a low-fat or a high-fat diet. There was also a third group of rats which served as controls and were not fed any blueberry powder.

After a period of 3 months, it was noticed that the animals that were fed the blueberry powder as 2 percent of their diet, apparently had low triglycerides, less abdominal fat, low cholesterol, and an enhanced fasting glucose and insulin sensitivity.

Lead investigator, Mitchell Seymour, MS, manager of the University of Michigan Cardioprotection Research Laboratory, says that, “Some measurements were changed by blueberry even if the rats were on a high fat diet. We found by looking at fat muscle tissue, that blueberry intake affected genes related to fat-burning and storage. Looking at muscle tissue, we saw altered genes related to glucose uptake.”

It was also stated that these health benefits were greater when they were combined with a low fat diet. In addition to the above mentioned health benefit, a low fat diet was also believed to have yielded various other positive effects. The rats on a low-fat diet were apparently noticed to have a relatively lower total fat mass, lower body weight, and decreased liver mass as compared to their counterparts on a high fat diet.

Having said all this, the experts have also stated that more analysis on this topic is needed before the findings could be finalized.

These findings have been presented at the Experimental Biology convention in New Orleans.