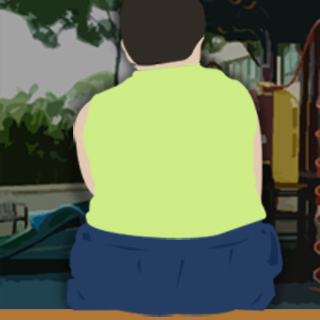 Usually parents may not be able to precisely comprehend their child’s weight and the potential factors that could lead to the child’s obesity. This misperception could further lead to childhood obesity. This criterion is mostly believed to be applicable to overweight parents. This futuristic study was carried out by the University of Nevada, Las Vegas.

Around one in every three children are estimated to be at the risk of being overweight. With an increasing growth in this childhood epidemic, the study investigators wanted to analyze the reason why parents misperceive their child’s weight. For this reason, the experts conducted a thorough analysis on the previously conducted research/studies on the topic. They reviewed the provided information and familiarized themselves with the trends in these quantitative papers. Through this review, the study investigators came across a lot of information on parental perceptions of childhood obesity.

Patricia Alpert, assistant professor of nursing, University of Nevada, Las Vegas, says that, “If parents fail to recognize when their child is overweight, it is nearly impossible for parents and medical professionals to properly intervene to diminish the risk factors for obesity. We know that childhood obesity is growing at an alarming rate; we need to begin to address why this phenomenon is occurring. Only then can we develop appropriate interventions.”

The investigators observed that usually mothers may have a greater likelihood of categorizing their daughters as being overweight as against to their sons. Another shocking observation that was made was that cultural differences may play a major role in the parental misperception of the child’s body weight.

It was even noted that overweight parents may be more vulnerable to have a child with an increased obesity risk or one who was already overweight. Even the educational qualification of parents was believed to be a major factor in determining the precise body weight of their offspring.

The study investigators have emphasized the need for parents to be conscious of the adverse health effects of obesity. Being the most influential people in the life of their children, parents should be aware of the drastic effects that obesity may have on the health.

The study was concluded by expressing a need to conduct an in-depth analysis on the misconstrued views of parents regarding their child’s weight.

These findings have been reported in the Journal of the American Academy of Nurse Practitioners.