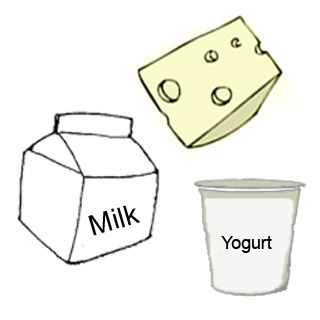 People may sometimes consume calcium fortified foodstuffs and supplements as a way to fulfill their body’s requirement for calcium. However, the consumption of diary products is believed to be a better way of improving bone growth and strength as compared to calcium carbonate. Calcium carbonate is said to be the most commonly used form of calcium in foodstuffs and supplements that are enriched with calcium. This intriguing observation was made by the investigators from the Purdue University.

Animal studies were said to have demonstrated that the rats fed with dry milk seemed to have better bone growth and strength as compared to the one’s fed with a diet enriched with calcium carbonate. Information withdrawn from Purdue’s Camp Calcium is said to have demonstrated that youngsters require about 1,300 milligrams of calcium on a daily basis for the purpose of an enhanced bone growth and strength. To be precise, they have recommended an equivalent amount of cheese or about 4 cups of milk or yogurt for youngsters aged 9 to 18 years old. The investigators explained that Purdue’s Camp Calcium is a research effort which evaluates the process through which calcium and various other essential nutrients may influence bone growth.

Head of the food and nutrition department, Connie Weaver, says that, “A lot of companies say, ‘If you don’t drink milk, then take our calcium pills or calcium-fortified food.’ There’s been no study designed properly to compare bone growth from supplements and milk or dairy to see if it has the same effect.”

A study was conducted on animal models in order to determine whether – dairy products or calcium carbonate – promoted better bone strength. The investigators assessed around 300 rats which were divided into two groups. Apart from the required nutrients, one group was provided with dairy products while the second group was given calcium carbonate to fulfill their need for calcium.

After a particular period of time the bone strength of the rats from both the groups were measured. Weaver elucidates by stating that, “We found those measurements were up to 8 percent higher for those who had milk over calcium carbonate.”

At the end of the study, the investigators observed that the rats fed with milk or dairy products seemed to have an enhanced bone growth and strength as compared to the rats fed with calcium carbonate. The reason for the ability of dairy products to promote better bone strength and growth was not known, but a need has been mentioned for a deeper analysis on the issue.

These findings are present online and are believed to soon be published in the August issue of the Journal of Bone and Mineral Research.