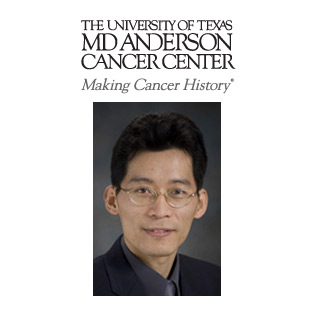 Just yesterday, we reported a research that brought to light a gene probably increasing survival in breast cancer patients. Now a new finding spearheaded by scientists at The University of Texas M. D. Anderson Cancer Center divulges in the identification of molecular machinery that could be switching on a gene apparently causing breast cancer to spread and invade other organs.

The newly recognized four-protein complex seems to deliver new target for hindering cancer migration and invasion. The findings were put forth by Hui-Kuan Lin, Ph.D., the paper’s senior author and an assistant professor in M. D. Anderson’s Department of Molecular and Cellular Oncology. Offering a target-rich environment for the development of drugs that may hinder expression of the RhoA gene, the discovery should prove useful to scientists. Besides, RhoA over-expression has been seemingly implicated in cancer metastasis as well.

“There are four components to this complex, which starts RhoA expression by transcribing the gene, and we found that all of them are important to metastasis,” Lin shared. “Knock down any one of the four, and you can stop breast cancer metastasis by preventing RhoA expression.”

Researchers were able to build their case with a range of laboratory experiments on cell lines. This was followed up by confirmation in a mouse model of breast cancer metastasis. After this, the scientists analyzed 64 prostate cancer tumors to discover over-expression of RhoA or three of its transcription complex components were strongly correlated with metastatic disease. It is known that transcription is the first step on a gene’s path to expressing its protein. With transcription factors binding to the promoter region of the gene, a copy of RNA may be made from the DNA of the gene, following which it is translated into the corresponding protein.

The Myc protein was initially established as a transcription factor that seemed to bind to RhoA’s promoter region. Seemingly knocking down Myc in cancer cell lines appeared to lower RhoA expression, cell migration and invasion. Contrarily Myc over-expression elevated all three. Next, the researchers discovered that the Skp2 over-expression may also lead to more RhoA. Both Skp2 and Myc were also found to have been required for the metastasis-producing RhoA to be over-expressed. According to Lin, this cancer-promoting pathway is the second way Skp2 boosts cancer growth. Skp2 has been displayed to function through a separate E3 ligase pathway destroying tumor-suppressing proteins and it may cause increased cellular proliferation along with the transition from normal cell to tumor.

Skp2 was them uncovered to employ two other proteins namely p300 and Miz1. Joining Myc, this appeared to form the complex that transcribes RhoA. The researchers showed in experiments in a mouse model of breast cancer metastasis to the lung that deficiency of either Myc, Skp2 or Miz1 restricted metastasis, while over-expression of each of the three proteins augmented cell migration and invasion. Like Skp2 knockdown appeared to have no metastatic nodules in the lung as an outcome. This was in comparison to an average of 40 nodules when Skp2 was expressed.

PSTI in breast milk may be instrumental in shielding the intestine...