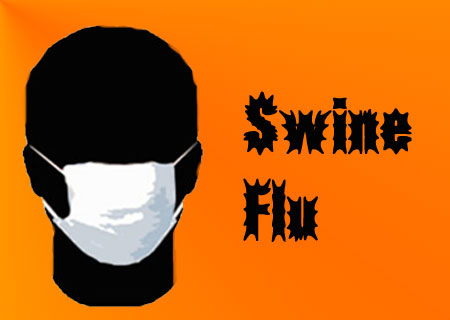 The Press Conference held by the World Health Organization answering reporters queries about the mysterious virus, death toll, best and worst case scenarios seemed nothing short of a scene out of a Hollywood Futurama. Even as news channels are awash with sensational stories of a Pandemic, some of us are wondering if we should panic while others revel in their indifference. But what we need to know are the basics.

I contract flu every year, what is the difference?

The seemingly pedestrian flu that is treated at GP level kills up to 500,000 people a year around the globe! Symptoms of flu are common and include fever, body ache, sore throat and fatigue. However, un-noticed and/or untreated, it can culminate in fatality through pneumonia. While the symptoms of ‘Swine flu’ are similar, it is affecting a lot more young adults. Human flu usually affects the very young and the very old who are the most susceptible. So far, fatalities have only been recorded in Mexico and 1 death has been reported in the US. While this is still a mystery, the virus is new. This means that our bodies are not primed to battle this entity. If you have not got your flu shot this year, now is the time to make amends. Although currently available vaccines won’t be completely effective against this infection, it is all we’ve got.

With the passing of the SAARS scare a few years ago, most health agencies around the world have been working on plans to tackle a possible pandemic. We are thus, better prepared than before. Though no cases have been reported in India, going by the state of healthcare infrastructure in our country, it wouldn’t be surprising if a large number of cases go unreported. Also, cases need to be confirmed through complicated diagnostic test. The substrates required for this are far from sufficiently available. Rapid diagnostic tests that differentiate influenza subtypes and in this case, the swine variant need to be developed. Preparedness in now being viewed from the point of view of medicine stockpiles. Stockpiles are supplies of anti-virals or vaccines that the government has at its disposal if a Pandemic were to strike. Currently UK has enough stockpiles to be able to administer sufficient dosage to 50% of its population. India only has enough supplies for 0.0025% of its population at best. That is only a little more than 1 in 10,000 people. However, on the bright side, large generic drug manufacturers like Cipla have the capability to churn out huge amounts quickly. In case of emergencies such as this one, the government may impose compulsory licensing. This means that the company which holds the patent on the original drug has to let go off it and other manufacturers are allowed to make copies of the required drug at affordable prices.

What is a virus?

Viruses are disease causing entities which come in all shapes and sizes. I say entities because they are bordering on what can be called a living organism. A virus is usually a single or double copy of DNA (genome) surrounded by a protein and/or lipid coat. Some viruses may be found sans this coat too. These are only self-replicating copies of DNA which hijack (infect) cells of the host. In contrast, bacteria and other ‘germs’ are cell-based life forms; i.e. their cells are similar to those of our body. In fact, viruses infect bacteria too!

If you are a cheesy science fiction writer, you are probably snorting right now at the idea of a ‘swine flu’. But before you turn pink, note that the zoological similarity ends with the nomenclature. Viruses show a much higher percentage of transcription errors than humans and other life forms. This means, every time their DNA replicates (the viral equivalent of reproduction), errors occur. So each new copy is somewhat different than the parent copy. This is what is called a mutation. The HIV virus which causes AIDS is said to undergo mutation once in every two cycles. To add to that, viruses can replicate in a matter of hours if not less. So the general population of viruses infecting a host keeps changing ever so subtly. Making an anti-viral therefore is like shooting a rapidly moving target with blindfolds on!

The mutation we talked about can also occur between different viral strains co-infecting a single organism. This means if a human carrying an influenza virus comes into contact with a pig carrying swine flu virus, he may catch that too. In a series of unfortunate events, a cross between these two viruses may occur producing a new mutant virus. Such infections are called zoonosis and have been long known to pose Pandemic threats. The swine flu virus (H1N1) is a mutated strain of the avian flu virus which seems to be capable of spreading among humans at a rapid rate through the respiratory route. This mutation is believed to have occurred in pigs. Whether this virus is capable of replicating and jumping from one human to another or from humans to animals and vice versa is purely a matter of chance. This is because such mutations are an event of chance. How virulent this new strain turns out to be is also a matter of chance. It can assume a mutation that makes it fatal and un-treatable or it can fizzle out.

No matter what medicine your family physician gives you for common cough and cold, it usually takes 3-6 days for you start feeling normal again. This is because there are essentially no ‘cures’ for a viral infection. As we have seen, since viruses are not cellular forms like bacteria, they present very little in way of targets for medicines to attack.

Vaccines are preventive and prophylactic and essentially not curative. Vaccines are actually suspensions of parts of the viral coat or other expressions of its genome. These parts are treated with heat and/or chemicals to strip them off their virulence. When administered, these vaccines elicit an immune response from the body without causing infection. What this does is prime the body for when an actual infection takes place. The problem with a new strain therefore is that a new vaccine would have to be developed which contains parts of this newly mutated strain. This is the same problem afflicting research efforts against the rapidly mutating AIDS virus. An effective vaccine against H1N1 would take at least 6months to develop. There are reports of existing anti-virals, available under the brand name Tamiflu (Roche) and Relenza (GSK) being somewhat effective. These drugs slow down the replication process of the viruses thus limiting the infection. However, these have to be taken as early as possible to be of help. This is could be partly why deaths have only been reported in Mexico so far: Treatment was started too late.

The most effective way of tackling the spread of this infection may be a question of logistics and epidemiology rather than medicine. We know very little about the virus. It would take several months if not years before we learn about the virus’s structure, susceptibility of various population groups, effect of co-morbidities and super infections. It may be too late by then. Also, for flu medicine production to go into overdrive, production for other medicines including those for normal human flu would have to be stopped. In the here and now, what is required is to identify cases, quarantine the patients and treat them. The virus should not be allowed to spread in a large population base. This would give it more opportunities to mutate further into a more deadly entity. Governments around the world are expected to restrict travel, movement and congregation of people. Deaths are inevitable. But we can contain the spread of the disease. We can all play a small part to save ourselves and those around us. All we need to do is be aware of some day-to-day precautions and debunk commonly held myths.

1) Eating Pork will cause infection: All the cases that have spread so far are via human-to-human contact. The infection is air borne and spread by coughing and sneezing. The reason why it is called swine flu is because the virus in question is made of elements from swine, avian and human viruses. If pork is cooked well, all germs would be killed. This is why the move in Europe to call it ‘Novel Flu’ and the WHO directive to call it ‘Influenza A’ instead of Swine or Mexican flu is a welcome one.

2) Such diseases arise in poor countries and unsanitary places: While lack of hygiene gives different infectious agents the opportunity to flourish, it is not always the case. Zoonosis, as discussed earlier can arise anywhere including your back yard with your pets! It is more a case of chance than anything else.

3) Checking at airports is essential: This may seem like the most logical thing to do. But before you blame our authorities on whom we can always count on, consider this:

4) Going out of the house is dangerous: It is advisable to avoid non-essential trips to crowded places or trips abroad. However, infection can catch you right at your doorstep! This is how. Carry a hand sanitizer at all times and use it after shaking hands or otherwise coming into contact with a foreign object.

5) I’m vaccinated, I’m immune: As we have already emphasized, this is a new virus and existing flu shots are not completely effective against it. However, if you or your children have not taken the shots this year, make it a point to get them right away.

The WHO has raised its alert level to 5 – human-to-human transmission in at least two countries. But whether it will be an outbreak of cinematic proportions remains to be seen. The virus may run out of steam before it infects a large proportion of the population gets infected. News analysis often cites the long-forgotten 1918 flu Pandemic which killed millions. But healthcare has come a long way since then. Although travel of people across the globe has increased considerably so has our experience in tackling such situations.

What should I do?