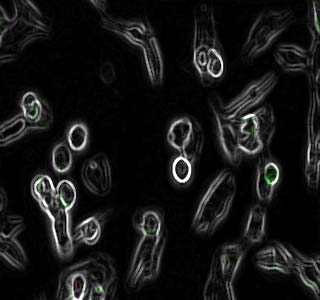 A novel tool has been discovered which seemingly holds the potential to deliver nanomaterial-containing drugs to individual cells. This breakthrough technology may be able to assist in developing new cancer treatments and also analyzing the way in which they influence unique cells. Apart from this, this technology may even lead to certain tools which could make proper use of nanotechnology. This revolutionary tool was developed by the scientists from the Northwestern University.

This Nanofountain Probe device is believed to perform in two different ways. One, the probe could serve as a fountain pen where the nanodiamond-carrying drugs could act as the ink. In this way scientists may be able to develop devices just by merely “writing” with this tool. Its next function would be the single-cell syringe, which enables the transfer of chemicals or bio-molecules to be directly injected into individual cells.

“This is an exciting development that complements our previous demonstrations of direct patterning of DNA, proteins and nanoparticles,” says lead researcher, Horacio Espinosa, professor of mechanical engineering, McCormick School of Engineering and Applied Science at Northwestern.

For the purpose of the research, these scientists were said to have injected nanodiamonds in tiny doses into healthy as well as tumor cells. This novel mechanism may in turn prove to be beneficial and guide these experts in evaluating the efficiency of this type of drug delivery.

More so, the experts even made a range of these drug-coated nanodiamonds right on top of glass substrates. The varying dot sizes were believed to be an indication of the capability of this tool to deliver nanomaterials to the desired location within the body. It was even stated that these dots were impressively smaller than 100 nanometers in diameter.

Espinosa even says that, “One of the most significant aspects of this work is the Nanofountain Probe’s ability to deliver nanomaterials coated with a broad range of drugs and other biological agents. The injection technique is currently being explored for delivery of a wide variety of bio-agents, including DNA, viruses and other therapeutically relevant materials.”

Apart from the research centered on developing such systems, the devices used to carry these drugs may need to have the additional capability of accurately delivering the right doses of drug-coated nanomaterials.

These findings were published online in the journal Small.