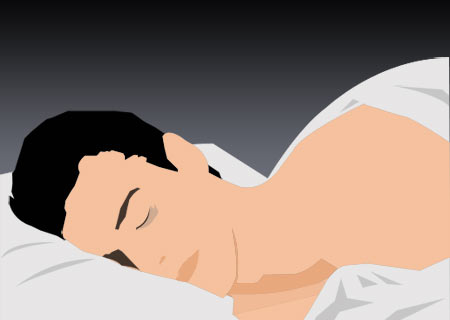 People suffering from obstructive sleep apnea may find this latest study quite intriguing. Seemingly surgery or the use of an oral device to adjust the jaw may improve the condition of people suffering from this sleeping disorder. This discovery was made by two teams of experts, namely Neville Patrick Shine, FRCS, of St. Johns Hospital, Edinburgh, Scotland along with Richard Hamilton Lewis, FRACS, of Royal Perth Hospital, Perth, Australia; and Chul Hee Lee, MD, and colleagues from the Seoul National University Bundang Hospital, Seoul National University College of Medicine, Seongnam, Korea.

Sleep apnea is believed to be a sleeping disorder which may be characterized by pauses in breathing during sleep. Obstructive sleep apnea may be known as the condition where blocked upper airways make it difficult for the patient to breathe continuously throughout the night. Supposedly this disorder is usually treated with continuous positive airway pressure (CPAP) therapy. This therapy requires the patient to wear a mask linked to a machine which improves the pressure of air in the throat and thereby stops the closure of the airway.

The investigators have stated that, “Although it is a safe and effective therapy, it has several drawbacks including discomfort or skin irritation from the mask, dry or stuffy nose and eye irritation. Such complications result in compliance rates of between 50 percent and 70 percent, even in patients with successful amelioration of obstructive sleep apnea syndrome symptoms by using CPAP ventilation.”

It was further also stated that, “Patients with obstructive sleep apnea who cannot tolerate or refuse CPAP therapy may be considered for surgical treatment.”

For the purpose of this evaluation the medical records of about 60 such patients were analyzed. These patients were believed to soon be undergoing surgery to treat their sleeping disorder. The surgery, called transpalatal advancement pharyngoplasty, includes increasing the space in the region behind the roof of the mouth.

All of these subjects were also said to have undergone sleep testing both prior as well as post their surgery. It was alleged that surgery was successful in more than half of these subjects. In fact about 21 of these patients were believed to have been completely cured of their sleeping disorder.

On the contrary, the experts of the second report were said to have analyzed about 50 obstructive sleep apnea patients who had seemingly received an oral device to treat their condition. The device, called mandibular advancement device, is believed to move the lower jaw ahead in order to put a stop to airway obstruction. Apparently this device was observed to have gained success in about 37 of the analyzed patients.

Therefore, both the teams of experts were believed to have concluded that both the employed means may be beneficial in treating sleeping disorder in such patients.

These reports were presented in one of JAMA/Archives journals, the Archives of Otolaryngology-Head & Neck Surgery.