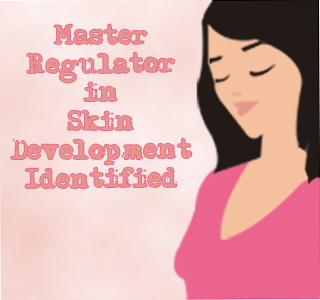 A latest research team has uncovered a particular gene which is believed to be very crucial for skin development. They believe that these findings could prove to be beneficial in skin related complications like wrinkling of the skin, psoriasis, eczema, etc. This research was conducted by the Oregon State University.

Skin, being the largest organ of the human body, is said to perform a variety of crucial functions. However, the skin cells are also consistently renewed, where the old dying cells get replaced with new cells. In fact, it has been stated that the skin on a human body renews its surface layer every three to four weeks! It has further been stated that the formation of age-related wrinkles takes place due to a slower regeneration of these cells.

Now, a team of researchers believe to have unveiled a gene which may be of help in skin development. They state that a loss of expression of the CTIP2 gene may some how be linked to skin disorders, and thus a better understanding of this gene could further help in providing an effective solution to this problem.

Arup Indra, assistant professor of pharmacy, Oregon State University, says that, “We found that CTIP2 is a transcriptional factor that helps control different levels of skin development, including the final phase of a protective barrier formation. It also seems particularly important in lipid biosynthesis, which is relevant not only to certain skin diseases but also wrinkling and premature skin aging.”

Latest breakthroughs are said to have been made in the field of better evaluating the formation and development of skin. In fact experts have now even gained knowledge regarding the process of reprogramming adult skin cells into embryonic stem cells.

Indra further states that, “When you think about therapies for skin disease or to address the effects of skin aging, basically you’re trying to find ways to modulate the genetic network within cells and make sure they are doing their job. We now believe that CTIP2 might be the regulator that can do that. The next step will be to find ways to affect its expression.”

Indra explains that the way in which certain extracts or compounds succeed in rejuvenating the skin may be due to a stimulation of the gene expression. Thus, a better understanding and deeper analysis of skin genetics may permit this procedure to be conducted in a better manner.

These findings are published in the Journal of Investigative Dermatology.