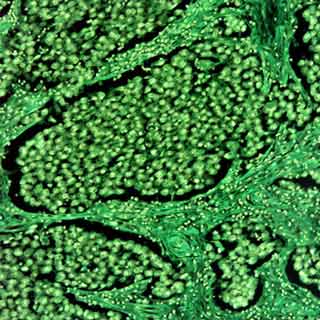 The first inherited genetic risk factors for testicular cancer have seemingly been detected by a team of experts. These experts were said to have tallied the genes of healthy male subjects with the genes of numerous male subjects suffering from testicular cancer. This identification was made by the experts from The Institute of Cancer Research (ICR).

In the UK, testicular cancer has been estimated to annually affect more than 2,000 men. The assessed subjects with this cancer seemed to have certain genetic variants on their chromosomes 5, 6 and 12. However such variants were evidently not noticed in the chromosomes of the healthy male subjects.

Apparently the strongest of these genetic variants may have the ability to double or triple the risk of developing testicular cancer. On the other hand, having all the three variants was believed to increase this risk by fourfold.

ICR scientist, Dr. Elizabeth Rapley, says that, “We have known for some time that men whose father, brothers or sons had testicular cancer are much more likely to get it themselves and we have been searching for this genetic link,” Further explaining that, “In this research, we have identified three genetic factors linked to an increased risk of testicular cancer. We believe there are more still to be found and we are working on identifying the rest.”

Another expert from ICR, Professor Mike Stratton says that uniting these risk factors with the previously known risk factors could possibly aid in detecting the men who may be more likely to develop this type of cancer. This may specifically aid in identifying those at-risk men who may have an immediate male family member affected with testicular cancer.

Apart from this, the scientists also hope that these findings may provide an insight into the growth and development of this disease. Mainly because these variants are believed to take place near the genes presumed to be a part of the biochemical pathway, which in turn may be needed for the endurance and growth of the sperm-forming cells.

By increasing their understanding of the biology of testicular cancer, these experts hope to enhance the treatment options for this disease.

These findings have been published in the Nature Genetics journal.