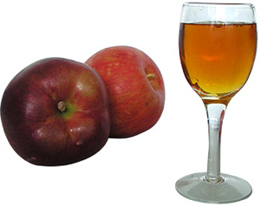 British scientists have found that children who drink plenty of apple juice may be less likely to develop symptoms of asthma.

Apple juice is already known to protect from a host of diseases associated with aging, such as heart disease and cancer.

The research done by Britain’s heart and Lung Institute, was published in the European Respiratory Journal, and is the latest study to link apples and lung health.

The researchers led by Peter Burney at Aberdeen University looked at five to ten-year old children, asking their parents about their child’s fruit intake and about any symptoms they had suffered.

While the researchers did not actually find any link between apple juice consumption and a reduced chance of an actual asthma diagnosis, the link between wheezing and drinking the juice was quite strong.

The appearance of wheezing symptoms is one of the most important signs that a child is at increased risk of asthma although many with the symptoms are not eventually diagnosed with the illness.

The apple juice involved did not have to be fresh apple juice. Juices made from concentrate were also effective, the researchers say.

A similar, but weaker, benefit was found for children eating bananas at least once a day compared with less than once a month.

“It was possible that phytochemicals in apples, such as flavanoids and phenolic acids, were helping to calm the inflammation in the airways which is a key feature of both wheezing and asthma,” Burney said.

He said it was not clear why a link between eating apples and reduced asthma symptoms, already spotted in other research in adults, did not appear among these children.

“Further studies are needed to confirm the protective effects of apple juice from concentrate and bananas,” he said.