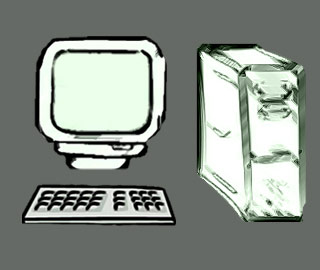 A new computer therapy is believed to have been developed which may be useful to cure children from a condition, amblyopia which is also known as “lazy eye syndrome.” This therapy may do away the need of wearing eye patches as per the requirement of traditional treatments. This could in turn allow children to enjoy themselves during the therapy. This revolutionary development was made by Tel Aviv University’s eye and brain specialist Dr. Uri Polat, from the Goldschleger Eye Research Institute.

Apparently, about four percent of children are presumed to suffer from amblyopia. It is believed that the traditional treatment for this condition may require the use of an eye patch regularly for months till the time the eye is functioning properly. During the formative part of childhood, this treatment seems to have a social stigma attached to it and may not be entirely successful.

According to Dr. Polat, “You see these poor kids in kindergarten wearing the patch. Everyone hates it, especially the parents who know what it’s doing to their kid’s self-esteem. My aim is to not only treat adults, but to treat kids using a computer two or three times a week, one hour each time, without the need for them having to wear a patch.”

The traditional treatment is believed to only be available for adults. This treatment is stated to be helpful in correcting the activity of the neurons, which are located in the brain and also seem to be the main operator of the function of the eye. On the other hand, in Dr. Polat’s carefully designed treatment, special and random objects are believed to appear which may help in constantly keeping the patient alert. This may also result in the patients expecting the unexpected.

A chief expert of this condition, after assessing Dr. Polat’s invention was believed to have made an interesting observation. It was evidently observed that about 20 hours of sitting in front of Dr. Polat’s computer treatment may be equivalent to about 500 hours of wearing an eye patch.

Evidently, a game version of the presently developed therapy is being made for children. Dr. Polat explains that, “As far as I know this is really a one-of-a-kind, non-invasive and effective way to treat lazy eye, without the use of an embarrassing eye patch.”

Dr Polat has supposedly admitted that the existing game-like therapy which he had developed for the computer was “a bit boring.” Due to which it seemed to have become difficult for some kids to sit through the entire session of the treatment.

Having worked on various methods including laboratory and commercial product, Dr. Polat now hopes to make this treatment as interesting as a regular video game. For this purpose, he is believed to have collaborated with experts at the Rochester University in New York. The gaming specialists at Rochester University purportedly plan to add more entertainment value to the new therapy while also maintaining all of its therapeutic power.

This study has been published in the Proceedings of the National Academy of Science.