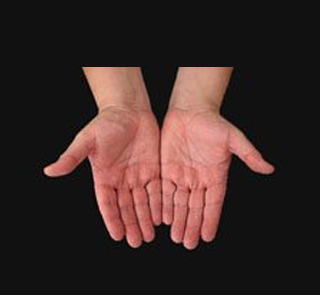 Motor neuron disease (MND) appears as a serious neuro – degenerative disease that results in progressive paralysis and eventual death from respiratory failure. Though precise cause of this disease is unknown, it’s believed that people exposed to higher levels of testosterone before birth have higher chances of developing MND. A latest research from the Institute of Psychiatry (IoP) at King’s Colleage London asserts that MND patients have relatively long ring fingers.

During the study, 110 participants with useable results were enrolled and a digital camera was used to photograph hands. Finger length was measured and ratios were calculated between fingers. It then appeared that the 2D:4D ratio was consistently lower for people who had the ALS form of MND as compared to those without. A low ratio probably meant that the ring finger is relatively long than the index finger. This seems to be an indicator of high prenatal testosterone levels in both men and women.

Professor Ammar Al-Chalabi from the IoP and colleagues assume that even before birth, motor neurons can be affected in ways that make them more vulnerable in later life. Finger lengths probably correlate with the balance of hormones in the womb. So, longer ring fingers may be a marker for the hormone balance during pregnancy. Similar trend can be supposedly noted in sporty people.

The study is published in the Journal of Neurology, Neurosurgery and Psychiatry.