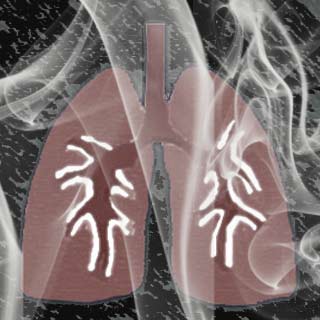 People who seem to eat plenty of soy products appear to have superior lung function. Apparently they may have fewer chances of developing the lung disease associated with smoking, Chronic Obstructive Pulmonary Disease (COPD). This disease is noted to have been characterized with progressive decline in lung function, and may also include chronic bronchitis and emphysema.

It is believed that a number of Japanese foods may contain soy. Apart from this, soy is also noted to be present in tofu (soybean curd), natto (fermented soybeans), miso soup (fermented soybean paste), bean sprouts and soy milk.

It was observed that in order to distinguish the soy intake of people, Dr. Fumi Hirayama and Professor Andy Lee from the Curtin University of Technology, Australia had worked with a group of respiratory physicians and surveyed 300 patients with COPD from six Japanese hospitals. They were believed to have age-matched 340 control subjects from the same region as the patients.

Dr. Hirayama has said that, “Soy consumption was found to be positively correlated with lung function and inversely associated with the risk of COPD. It has been suggested that flavonoids from soy foods act as an anti-inflammatory agent in the lung, and can protect against tobacco carcinogens for smokers. However, further research is needed to understand the underlying biological mechanism”.

According to the novel study, the intake of a wide range of soy products could be linked with a decrease in the risk of COPD and other respiratory symptoms. Apart from this, long-term cigarette smoking is believed to approximately cause 90% of COPD in people. Apparently, it was claimed that the intake of soy foods may decrease cholesterol level and also help in relieving the symptoms of menopause.

Evidently, this is the foremost study to have demonstrated the relationship between eating soy and a decrease in the possibility of developing COPD.