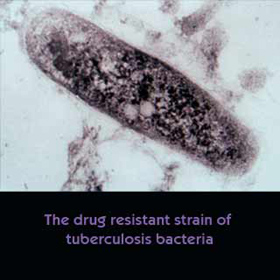 The occurrence of tuberculosis has been on an increase ever since more than 8000 cases were reported in 2006. The most threatening fact is that the TB resistant to ‘anti-tuberculosis’ drugs are on the rise.

A study published in British Medical Journal has blamed this phenomenon on the ever increasing migration in England, Wales and Northern Ireland. Moreover, the drug-resistant TB has been on the rise in the marginalized sections which are difficult to treat, in urban London and other urban areas in Britain. The increasing evidence of the ‘isoniazid’ resistance in groups born outside UK is the reason behind researchers blaming the spread of the disease on migration.

Isoniazid is an anti-bacterial compound which is used to treat tuberculosis. The isoniazid resistance has been found in sections belonging to Sub-Saharan Africa and Asia and has also been linked to the 300 cases of death due to TB witnessed in Britain from 1991 till now. However the outbreak that caused 300 deaths was the result of imprisonment and drug misuse which was seen mainly in the ones born in UK.

The study was carried out by Dr Michelle Kruijshaar and colleagues, authors of the study published on bmj.com with the help of National Surveillance System. The researchers found 28,620 cases confirming the drug-resistant TB where the resistance of the disease to first line drugs increased from 5.6% to 7.9%, isoniazid resistance to 6.9% and rifampicin resistance to 1.2%. The multidrug resistance increased from 0.8% to 0.9% and has also been witnessed in Western European countries. The reason for the multi-drug resistance is a result of improper management in hospitals and hence the transmission through migration cannot be blamed. “Drug resistant tuberculosis in the UK cannot be controlled solely with local strategies –a global perspective is needed”, conclude researchers.

The findings have alarmed the medical society in London and countries witnessing high incidences of the disease. It implies the importance of early detection of the disease accompanied with fortifying the measures taken to control tuberculosis like constantly testing the susceptibility of drugs to resistance, improving researches and finding new ways of diagnosis along with new drugs to treat multi-drug resistant type of the disease.