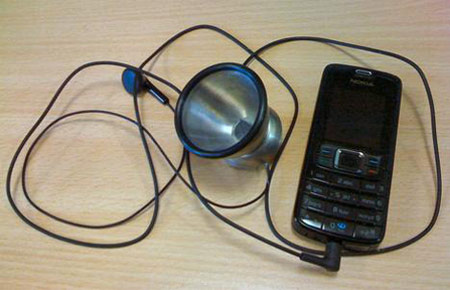 We were recently introduced to the CANTAB mobile app to detect Alzheimer’s. Now, the Oxford University investigators have apparently developed a mobile phone which can be transformed into a top notch stethoscope.

The kit seemingly allows people to record and examine their own heart rhythms by accessing a mobile phone microphone. These recordings are then sent to professionals who inspect their heartbeats. This concept comes across as a strategy to cut the death rate due to tuberculosis pericarditis where the heart lining is exposed to infection.

“About 40% of people die post-diagnosis, largely because the onset of symptoms is insidious and they can’t get into the clinic before it’s too late and they die of cardiac arrest. We discussed various ideas of being able to remotely monitor their heart in a low-cost way to pick up early signs of deterioration. The idea of using the phone’s microphone as a stethoscope to analyse and record heart sounds came after seeing the iPhone app iStethoscope, and I wondered if we could do something similar using low-cost phones,” commented Thomas Brennan of Oxford University’s Department of Engineering Science.

Almost half of the people from Africa own a mobile phone, therefore this avenue could benefit many of them. The team made low-cost phones that could conveniently record and examine the resultant phonocardiogram (PCG) recordings. The idea stems from a method with which a mobile phone can be used to record heart beats. Some of the difficulties they encountered in the process were noise distortion in low-cost phones and development of sound processing techniques that could spot weak recordings to inform the user for repeating the procedure. They also had to create algorithms that may recognize heart rate and sounds.

A major challenge was in evaluating the viability of the instrument. A clinical test conducted in January and April 2011, compared the 2 mobiles namely Nokia 3110 Classic and an iPhone 3G along with 3M Littman Electronic Stethoscope. The trial constituted phonocardiograms that were gathered from 150 volunteers who suffered from many heart issues using the Littman, the iPhone and the Nokia 3100 Classic.

As per the outcomes, the Nokia handset supposedly outsmarted the Littman in gauging heart rate, though it had to eliminate lower signal quality recordings. The next stage of the project is underway that will extend the usability of the device to screen people with heart disease, specifically rheumatoid heart disease.