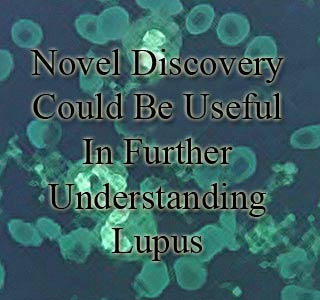 Lupus is believed to be one of the many autoimmune diseases, where the immune system affects parts of the body by destroying the cells and tissues which it was supposed to protect. Apparently, its symptoms include skin rashes, fever, painful or swollen joints, and intense fatigue which could spread and settle down. Supposedly, experts at The Scripps Research Institute (SRI) have now identified the chief cause for the growth of this particular disease.

It was estimated that approximately 1.5 million Americans may be suffering from systemic lupus erythematosus (or lupus). Professor of Immunology and Microbial Science in SRI, Dwight Kono and his colleagues seem to have illustrated three proteins, called Toll-like receptors (TLRs) that may be essential for this auto destruction to take place.

TLRs are believed to be proteins which are found in the immune cells that often produce an early response of the immune system towards foreign pathogens. Apparently, it was also stated that TLRs may provide effective targets for the creation of novel treatments not only for lupus but also for various other autoimmune diseases.

It was stated that in lupus, this series of actions may be affected by something which may result in the production of an antibody. As a result, the immune system may produce “autoantibodies” against some of the body’s own molecules, cells and tissues. Supposedly, TLRs identifies the genetic material of the pathogens (viral RNA, viral DNA and bacterial DNA) and stimulates the immune cells to create antibodies against the mentioned molecules.

However the production of antibodies against foreign DNA and RNA appears to have a greater chance of committing a mistake. It was noted that the majority of autoantibodies found in lupus patients may be the ones to the body’s own DNA and RNA. This is why doctors have been noted to often check for the presence of “antinuclear” antibodies in order to detect lupus.

“That’s the Achilles heel. These endolysosomal TLRs are needed for viral and bacterial immunity, but they open the possibility of self reactivity,” says Kono.

Through an analysis on genetically engineered mice, these experts were noted to have discovered that TLRs may be partly responsible for the disease. For the purpose of better understanding this criterion, the experts were believed to have studied mice that were more susceptible to lupus. These mice were noted to have unexpectedly shown several signs and symptoms which were believed to be similar to the symptoms observed in human beings suffering from the disease.

Thus, the subsequent step was noted to be the removal of TLR 3, TLR 7 and TLR 9 from these evaluated mice which were prone to lupus. It was also noted that these three proteins may be important and thus may be required to be moved to the endolysosomal in order to function effectively. Apparently, the UNC-93B protein perhaps also joins itself to these TLRs in their transport to the endolysosomal.

These experts were believed to have then treated the mutant mice with a substance which aroused TLR 4. However even after this, the mice lacking functioning TLR 3, TLR 7, and TLR 9 didn’t appear to develop lupus.

Therefore it is presumed that these three endosomal TLRs may be needed for the best autoantibody production. These findings may be very useful for use in treatments, however before that a deeper analysis may be required.

These findings have been published in the Proceedings of the National Academy of Sciences.

Vigilance apparently does not depend on how much coffee you consume