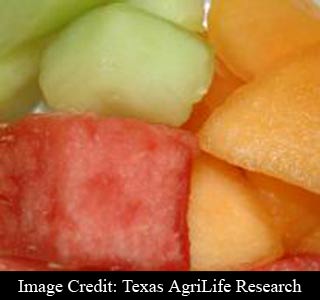 A team of scientists were noted to have designed the entire genetic content of melon along with several DNA indicators. This might in turn help the plant breeders to have superior chances in identifying these qualities for new varieties. This may possibly lead to the development of more delicious and improved melons in the future. This study was conducted by the experts from the Texas AgriLife Research.

The Agricultural Marketing Resource Center at the Iowa State University has evidently estimated that Americans may possibly consume about 25 pounds of melon annually. These fleshy and edible cucurbits are noted to be globally cultivated in a number of varieties. In fact this fruit is also believed to be economically crucial. This is a fruit which is stated to be well-liked by people everywhere.

Study expert, Dr. Kevin Crosby has stated that, “This will help us anchor down some of the desirable genes to develop better melon varieties. We can identify specific genes for higher sugar content, disease resistance and even drought tolerance.” Dr. Crosby is believed to have completed this study along with the assistance of Dr. Soon O. Park and Hye Hwang.

It was believed that the scientists from France and Spain may have previously created partial maps of segments of the melon DNA sequence. Apparently, the experts from Texas were believed to have connected these divisions with the new findings of the study in order to complete the entire melon genome map. Apart from the map, these experts were even presumed to have detected the genetic indicators associated with ascorbic acid (vitamin C), fruit sugars and male sterility, which may evidently be helpful for developing various hybrid varieties.

In fact the experts were also noted to have said that this genetic map may be very useful for future identification of fruit sweetness, size, shape, quality, and also resistance to disease.

This study has been published in the Journal of the American Society of Horticultural Sciences.