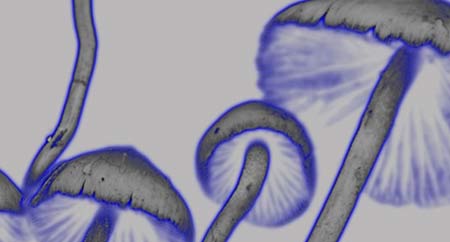 Not all of us may know that psilocybin is an active ingredient of magic mushrooms, which is used as a psychedelic drug. In this study conducted at Imperial College London, scientists analyzed the brain scans of people under the influence of psilocybin that has given them an insight into the working of psychedelic drugs.

As part of the trial, 30 healthy individuals were exposed to psilocybin in their bloodstream, while they were inside MRI scanners. The reports showed that activity in the hub portions of the brain apparently decreased. These regions are well-connected with other regions of the brain. In another separate analysis, the team found that psilocybin improved the subjects’ recall of personal memories that the scientists believe could be an important addition to psychotherapy. 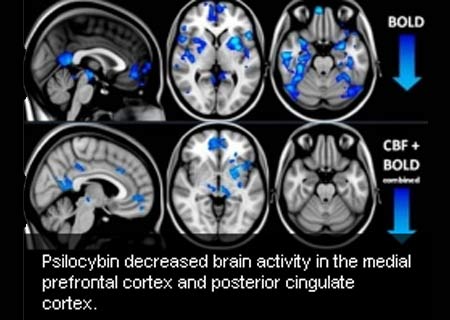 Professor David Nutt, from the Department of Medicine at Imperial College London, the senior author of both studies, commented, “Psychedelics are thought of as ‘mind-expanding’ drugs so it has commonly been assumed that they work by increasing brain activity, but surprisingly, we found that psilocybin actually caused activity to decrease in areas that have the densest connections with other areas. These hubs constrain our experience of the world and keep it orderly. We now know that deactivating these regions leads to a state in which the world is experienced as strange.”

Specifically, the activity in the medial prefrontal cortex (mPFC) and the posterior cingulate cortex seemed to be reduced. This is considered to counter depression, since these areas tend to become hyperactive during depressive episodes. When the participants on psilocybin were asked to recall positive incidences, while they were in the scanner, they reported more vivid recollections, unlike those on placebo. This state also appeared to reflect well-being in the volunteers after a span of 2 weeks.

The scientists are planning to conduct more studies for exploring psilocybin’s capacity as a therapeutic avenue. The first study is published in the journal, Proceedings of the National Academy of Sciences (PNAS).