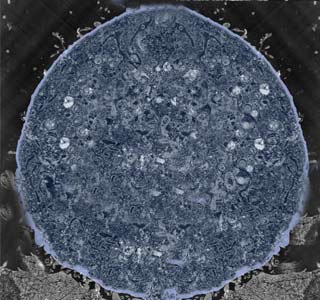 Prostate cancer may now be effectively treated in a non-invasive manner, which may even result in lesser side effects. Such a treatment is believed to be possible through an experimental cancer therapy, called the High-Intensity-Focused Ultrasound (HIFU). This therapy, which uses sound waves to destroy the tumor cells, is believed to have been tested in a trial conducted in London at the University College Hospital and the Princess Grace Hospital.

The study experts have explained that HIFU is a therapy which uses high frequency sound waves to heat a specific area to the temperature of about 80-90◦C. This therapy may possibly be used to treat either the entire prostate or merely a specific targeted cancer region.

Men suffering from prostate cancer may usually be treated with either radiotherapy or surgery. Often surgery may require the patient to stay in the hospital for a period of 2-3 days; while radiotherapy may notably require daily treatment as an outpatient for atleast 1 month.

Thereby, in order to better understand the effect of the HIFU therapy on patients with prostate cancer, the study investigators notably tested this therapy on more than 150 such patients. It was further also stated that these patients were treated with this particular therapy under general anesthesia. The experts have stated that five hours after receiving the HIFU therapy, the patients were evidently discharged from the hospitals.

More so, out of some of the patients which were followed for a year, around 92% of them didn’t seem to re-experience prostate cancer. Even though it was noted that this study may not be a comparative study, it is presumed that the presently used treatments may reveal similar statistics of men showing no recurrence of the disease after one year.

Lead study expert, Dr. Hashim Ahmed, UCL’s division of surgical and interventional science, says that, “This study suggests it’s possible that HIFU may one day play a role in treating men with early prostate cancer with fewer side effects. But we don’t yet know for sure if HIFU is more effective than traditional treatments so it will be important to carry out further studies involving a larger number of patients followed over a longer period of time to truly compare the long term effectiveness of this treatment.”

Apart from this, Professor Peter Johnson, chief clinician at the Cancer Research UK, says that, “This technique needs careful evaluation to make sure that it can produce the same results as the proven treatments for early prostate cancer. If the treatment can be shown to have less side effects then that will be excellent news, but more research is needed to show this. Cancer Research UK is funding a trial to look at this question and we hope that further studies can be carried out to compare HIFU to standard treatments.”

This study has been published in the British Journal of Cancer.