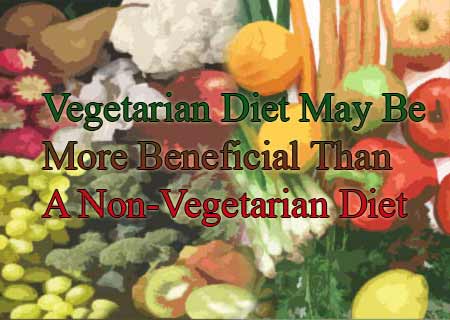 In order to evaluate this claim, these experts notably kept an eye on a huge group of people for a period of over 12 years. The assessed subjects were believed to comprise of both vegetarians as well as non-vegetarians. During this period of time, out of more than 61,000 subjects around 3,350 were believed to have been diagnosed with cancer.

Study author, Professor Tim Key, Cancer Research UK Epidemiology Unit at Oxford University, says that, “Our large study looking at cancer risk in vegetarians found the likelihood of people developing some cancers is lower among vegetarians than among people who eat meat. In particular vegetarians were much less likely to develop cancers of the blood which include leukemia and non-Hodgkin lymphoma. More research is needed to substantiate these results and to look for reasons for the differences.”

“These interesting results add to the evidence that what we eat affects our chances of developing cancer. We know that eating a lot of red and processed meat increases the risk of stomach cancer. But the links between diet and cancer risk are complex and more research is needed to see how big a part diet plays and which specific dietary factors are most important,” says Sara Hiom, director of health information at Cancer Research UK.

It was noted that the disparity between the risks observed in these two groups of subjects was believed to have been devoid of other lifestyle behaviors, like smoking, alcohol consumption, etc.

The study findings were believed to have highlighted the importance of following a healthy and a balanced diet, which possibly consists of high amounts of fruits, vegetables and fibers. An ideal diet may further comprise of very little saturated fat, salt and red and processed meat.

It was also stated that witnessing an association between one’s diet and cancers of the digestive system may be evident and understandable. However these experts were supposedly astounded to have noticed a connection between the above mentioned cancers of the blood. For this purpose the experts have expressed the need for conducting a deeper analysis on the topic.

These findings have been published in the British Journal of Cancer.