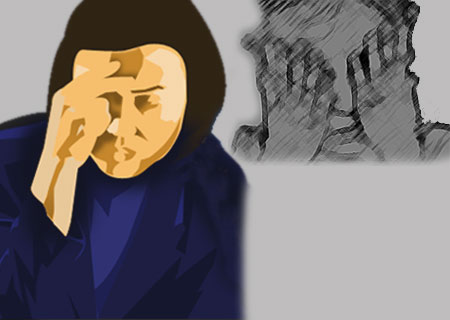 Mothers across the world would agree to it that raising a preschooler is not an easy task. This becomes all the more difficult for mothers who have to raise a child with autism or a developmental delay.

Experts at the University of Washington’s Autism Center, generally, asked mothers to share their experiences of raising their child. They were believed to have observed that mothers of children with autism had higher levels of parenting-related stress and psychological distress in contrast to moms of children with developmental delay.

Apparently, children’s behavior problem was linked to increase in stress in parents and distress in both the groups. However, the relationship between children with autism and their mother appeared to be stronger.

Lead author of a novel study and associate director of the UW Autism Center, also a research assistant professor of psychiatry and behavioral sciences, Annette Estes stated that, “Both groups of women are dealing with children who need high levels of care-giving. But there is something about autism that is making a difference and adding stress and psychological distress to these mothers.”

Astonishingly, experts did not find any connection between a child’s decreased every day living skills and increased stress and distress in their parents.

“This finding was counter intuitive. If a child has more needs in getting dressed and in other daily living skills, that means the parents are working harder and seemingly would be under stress. But it is not the hard work that is stressing the mothers. Our findings really pointed to the behavior problems that can occur with autism. Children with autism had significantly higher levels of problem behaviors than children with developmental delay,” says Estes.

It was noted that children with autism showed behavior problems like irritability, anxiety, crying, improper speech and inability to follow rules. For the purpose of this study, parental stress was described as the stress directly associated to an individual’s role as a parent and parenting a child with a disability. Psychological distress appears to be more of a general stress, like those experienced by a person who is nervous in general but may or may not be sure about her parenting.

In order to understand this, a meeting with 73 mothers and their children was conducted. 51 of the youngsters had an autism spectrum disorder and 22 had developmental delays. In addition, these families were part of a larger study which was noted to investigate the neurobiology and developmental course of autism. At the time of study data collection, children were mostly male and about 3½ years old.

Parents participated in a number of detailed surveys. These surveys measured parenting stress, psychological distress, problem behaviors and adaptive performance level. The last among these also charted a child’s every day living skills in areas like feeding, dressing, using the toilet, bathing and helping with household tasks.

Estes further stated that the research emphasized on psychological stress and not on psychiatric disorders in mothers. Allegedly, she noted that problem behavior needs to be an essential target in treating children with autism and developmental delay.

Estes elucidated that, “We need to focus on it because it appears to have the potential to disrupt the family, parenting and the child. While problem behavior is not a core element of autism, it might rise to the top of the issues that have to be dealt with first in a clinical setting. Help in what we call family adaptive functioning is what we need to figure out in these cases. How to help families is important because high levels of stress and psychological distress can interfere with early identification of autism and interventions which are delivered by parents. There’s another good reason to do this: Parents who feel supported can better support their children.”

Jeffrey Munson, an assistant research professor in the UW Autism Center; Geraldine Dawson, a UW emeritus professor of psychology who is now the chief science officer of Autism Speaks; Elizabeth Koehler, a former UW biostatistics graduate student; and Xiao-Hua Zhou and Robert Abbott, UW professors of biostatistics and educational psychology, respectively are the co-authors of this study. The work was funded by the National Institute of Child Health and Human Development.

This study has been published in the online edition of the journal Autism.