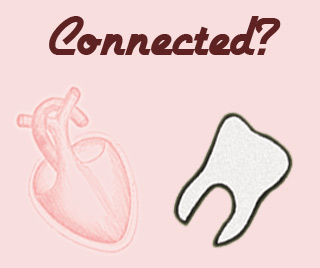 According to a latest study, there may be a powerful link between periodontal diseases and heart diseases. This revelation was made by a team of experts at the annual meeting of Academy of General Dentistry (AGD). Apparently, these observations are believed to be one of the first few discussions held at AGD’s annual meeting which will concern dentistry as well as medicine.

The observations made in this meeting are stated to be of great help to dentists in effectively communicating with physicians, and jointly developing a more proactive management periodontal disease treatment plans. These plans may be useful in improving the periodontal and related health by lowering heart diseases. The American Heart Association has estimated that about 75% American adults have been affected by periodontal diseases; while 1 out of every 3 have had to face heart diseases in the year 2006.

Dr. Slepian says that, “It is critical for all dentists and physicians to collaborate in helping patients reduce inflammation, which can become a target factor for cardiovascular disease.”

Cardiovascular diseases may include a variety of medical conditions like stroke, coronary heart diseases, hypertension, etc. These experts were noted to have analyzed the presence of suspected periodontitis-causing bacteria, along with the growth of blood vessel walls, the symptom of heart diseases. Following this analysis, a link was notably found between the growth of blood vessel walls and the presence of bacteria in the periodontitis-causing dental plaque.

On the other hand, periodontal or gum disease is noted to be infection or inflammation of the gum or its surrounding tissues in the mouth. Bacterial plaque is stated to be the main cause of gum disease. This plaque is the colorless and sticky film that forms on the teeth, which later hardens into a rough permeable substance which emits toxins. This may in turn harm the gum, and in severe cases could also harm the bone that holds the tooth, thereby resulting in its fall out.

Periodontal disease may be treated with procedures called root planning and scaling, which clear out the tartar and plaque from around the tooth, smoothening the tooth surface. More so, in severe cases surgery may also be required to remove the hardened plaque build-up by cutting the gums.

A novel screening diagnostic system, STAT-CK has been developed by Dr. Gottehrer. This system permits both the patient and the dentist to witness the various stages of periodontal disease through grades A-F.

Dr. Gottehrer says, “This tool can help improve the communication between the dentist and doctor, as well as the treatment and health of the patient.”

The importance of brushing and flossing twice a day has been emphasized by these doctors to maintain a good dental health. In case of suspected abnormal occurrences, patients have been suggested to consult their dentist. By doing so they may be lowering their chances of further aggravating their dental health and may also be decreasing their risk of developing related heart diseases.

The study experts believe that these findings have apparently provided evidence to support the claim that oral diseases may be related to cardiovascular diseases and morbidity.

“Oral Body Inflammation Connection,” is to be presented at the 57th Annual Meeting of AGD in Baltimore, MD, July 8-12, 2009.