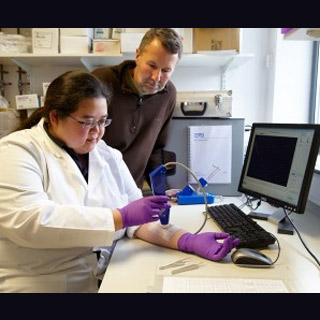 In order to treat eczema, most individuals adopt creams, but they now seem to be harmful for the skin. A latest study undertaken by the University of Bath claims that employing emollient creams to get rid of eczema symptoms can actually worsen the condition. It was demonstrated that aqueous cream BP decreases the thickness of healthy skin over a period of four weeks.

Earlier, aqueous cream BP was supposedly utilized as a wash product. However, at present is appears to be the most widely recommended emollient for treating dry skin conditions. This cream apparently moisturizes the skin, enhances flexibility and avoids cracking in the protective outer layer known as the stratum corneum. But it also comprises a detergent, sodium lauryl sulphate (SLS), which probably boosts the permeability of the skin barrier leading to irritation.

“The skin has a protective barrier layer of lipids, around one eighth the thickness of a sheet of paper, that stops chemicals from getting into the body and keeps moisture in. SLS is a detergent used to mix oils into water-based moisturisation creams to give a nice creamy texture. It’s also used widely in shower gels and other cosmetics. Our study has found that rubbing aqueous cream containing SLS into the skin thins this protective barrier, making the skin more susceptible to irritation by chemicals. So to use this cream on eczemous skin, which is already thin and vulnerable to irritation, is likely to make the condition even worse,” highlighted Richard Guy, Professor of Pharmaceutical Sciences at the University and Project Supervisor.

While conducting the study, healthy volunteers were made to apply the cream to their forearms everyday for a period of four weeks. On completion, the thickness of the stratum corneum seemingly reduced by more than ten percent. It has been predicted that using this cream can create a significant impact on damaged skin noted in eczema. This skin irritation is presumably developed due to a combination of genetic and environmental factors like central heating and carpets with dust mites as well as creams, cosmetics, etc. Creams can be possibly altered with oil-based ointments for treating eczema.

The study is published in the British Journal of Dermatology.