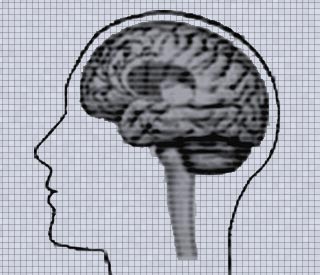 A novel study may raise the hopes of patients suffering from Alzheimer’s disease. It seems that an anti- inflammatory drug indomethacin may have the ability to be of assistance in the treatment of Alzheimer’s disease. Atleast this is what an expert from the Saint Louis University believes.

William A. Banks, professor of geriatrics and pharmacological and physiological science, Saint Louis University School of Medicine, is noted to have published two papers on the topic, supporting these findings. These papers are believed to offer what he calls a “one-two punch” in providing a deeper insight into the process of the growth and cure of Alzheimer’s disease. Banks believes that the indomethacin drug, which is used to treat inflammation, may prove to be more than an anti-inflammatory drug.

Apparently, his findings published in the Journal of Alzheimer’s Disease, tally with the claim that toxic levels of Alzheimer-causing amyloid beta protein collects in the brain because of a malfunctioning of the pump that is responsible for pushing it into the bloodstream and past the blood-brain barrier. The blood-brain barrier is stated to be a system of cells which monitor and control the interchange of various materials between the blood and the brain. On the other hand, the pump that is instrumental in removing the above mentioned protein from the brain and into the blood is called LRP.

“LRP malfunctions like a stop light stuck on red, and keeps amyloid beta protein trapped in the brain,” explains Banks.

For the purpose of verifying this presumption, Banks was believed to have analyzed mice that were given an antisense. Antisense is notably a molecular compound which is stated to have the ability to curb the growth of LRP. As a result of this, the mice allegedly had learning impairment and memory loss.

However, these observations were stated to have further raised questions as to what brings about the malfunctioning of LRP. Bank’s findings published in the journal, Brain Behavior and Immunity, suggested that perhaps inflammation may be the factor responsible for this. Therefore the use of the anti-inflammatory drug indomethacin is believed to be instrumental in preventing the LRP from being turned off.

Following this, the mice were believed to have been given the anti-inflammatory drug which in turn curbed inflammation from turning off the LRP. These findings could prove to be beneficial to those patients who are suffering from Alzheimer’s disease.