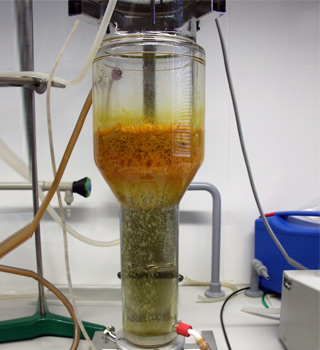 Here is an interesting piece of news to those suffering from Arthritis and other related diseases. Apparently the solution to an effective cure of diseases like arthritis, tendonitis and other ailments may be held in a plant called ‘Devil’s claw’ which lies deep in Africa’s Kalhari desert.

Unfortunately devil’s claw is now on the verge of extinction thanks to years of draught. So new plans are now being formulated by the scientists to create the important medicinal chemicals of the devil’s claw and other rare plants.

At the 238th national meeting of the American Chemical Society (ASC) scientists stated to have progressed a lot towards that goal. They reported on how to produce the important ingredients in Devil’s claw – the very ingredients that have made quite an impression in Europe and have made devil’s claw an alternative medicine there. This method may in due course lead to the growth of ‘biofactories’ that could produce large amount of rare plant extracts swiftly and at less cost.

According to Milen I. Georgiev, Ph.D who conveyed the story, studies have supposedly claimed that two chemicals – the so-called iridoid glycosides harpagoside and harpagide — may prove to be useful in the healing of degenerative rheumatoid arthritis, osteoarthritis, tendonitis, and other conditions.

Apparently Devil’s claws for thousands of years have been used as a cure for a number of illnesses including fever, diarrhea and blood diseases by the natives of Southern Africa. Apparently today most of the medicinal and herbal products are based on chemicals that have been obtained from the Devil’s claw.