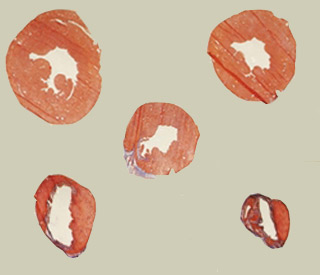 They illustrated that a growth factor called neuregulin1 (NRG1) may be able to stimulate heart-muscle growth and recovery of cardiac function when injected systemically into animals after a heart attack. NRG1 is known to be involved in the initial development of the heart and nervous system.

It was observed that after birth, heart-muscle cells or cardiomyocytes usually leave from the cell cycle i.e. they stop growing and dividing. However, senior authors of the study, Bernhard Kuhn, MD, and Kevin Bersell from the Department of Cardiology at Children’s, seem to be capable of restarting the cell cycle with NRG1. This was accomplished by stimulating cardiomyocytes to divide and make copies of them even if they were not stem cells.

“Although many efforts have focused on stem-cell based strategies, our work suggests that stem cells aren’t required and that stimulating differentiated cardiomyocytes to proliferate may be a viable alternative,” says Kuhn, the study’s senior investigator and a practicing pediatric cardiologist at Children’s since 2007.

For the purpose of better understanding this criterion, the team injected NRG1 once daily for approximately 3months inside the peritoneal cavity of live mice subsequent to a heart attack.

The result findings showed that heart regeneration seems to have increased and pumping function appears to have improved as compared with untreated controls. Pumping function is also known as ejection fraction which is assessed on echocardiograms. Supposedly, the NRG1-injected mice also lacked the left-ventricular dilation and cardiac hypertrophy which symbolizes heart failure seen in both the controls.

When the researchers stimulated production of a cellular receptor known as ErbB4 for NRG1, cardiomyocyte proliferation seems to have further improved, signifying that NRG1 functions by stimulating this receptor. They also identified the mononucleated cardiomyocytes that were most likely to react to treatment.

In 2007, Kuhn along with his colleagues had demonstrated that the heart has dormant regenerative capacities. Apparently, these capacities could be brought back. Kuhn was believed to have developed a sponge-like patch, soaked in a compound called periostin. This compound, allegedly, is abundant in the developing fetal heart and in injured skeletal muscle however limited in adult hearts.

When the patch was placed above the site of cardiac injury in rats, it seems to have encouraged cardiomyocyte proliferation and improved heart function. Apparently, similar results were seen in larger animals.

The heart-regeneration toolbox could possibly gain a second compound thanks this novel work. Also, it reveals how both periostin and NRG-1 function at the cellular and molecular level which appears to be a crucial step in predicting possible side effects. Kuhn established that both these compounds eventually act on the same cellular pathway.

“We applied periostin locally at the site of cardiac injury, but NRG1 works when given by systemic injection–a very promising result that suggests it may be feasible to use this in the clinic to treat heart failure,” elucidates Kuhn, who won a first prize Young Investigator Award, from the American College of Cardiology in 2007.

Periostin was believed to be now used in preclinical development at Children’s Hospital Boston for future purpose in human patients with heart failure.

This study has been published in the journal Cell.