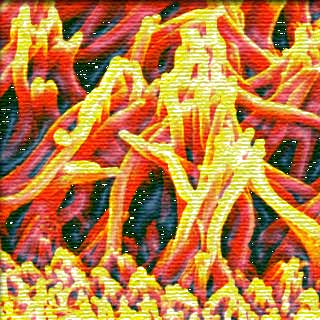 Scientists at the University of Iowa Roy J. and Lucille A. Carver College of Medicine have stated that the mechanism which allows people in identifying bad-tasting and potentially poisonous foods may also help protect their airway from harmful substances. They were of the opinion that their findings may help elucidate as to why injured lungs are vulnerable to further damage.

Motile Cilia, which are hair-like protrusions, are known to beat in a wave-like motion in order to eliminate mucus, bacteria and other foreign particles from the lungs.

Apparently, scientists revealed that, in contrast to taste cells on the tongue, these airway cells do not require help from the nervous system to interpret detection of bitter taste into an action that throws out the harmful substance. In addition, they discovered that when the receptors detected bitter compounds, the cilia began to beat faster. This signifies that the sensing and the motion capabilities of these cellular structures seem to be connected.

“On the tongue, bitter substances trigger taste cells to stimulate neurons, which then evoke a response — the perception of a bitter taste. In contrast, the airway cells appear to use a different mechanism that does not require nerves,” says Alok Shah, a UI graduate student and co-first author of the study. “In the airways, bitter substances both activate the receptors and elicit a response — the increased beating of the cilia — designed to eliminate the offending material.”

Co-first author, Yehuda Ben-Shahar, Ph.D., an assistant professor of biology at Washington University stated that, “These findings suggest that we have evolved sophisticated mechanisms to guard ourselves from harmful environmental stimuli. Our work also suggests that losing cilia in the lungs, due to smoking or disease, would result in a reduced general ability to detect harmful inhaled chemicals, increasing the likelihood of further damaging an injured lung.”

The findings of the study revealed that receptors for bitter compounds, which are located in the taste buds on the tongue, were also found in hair-like protrusions on airway cells. Supposedly, this is the primary study to have revealed that motile cilia on airway cells besides having this ‘clearing’ function also utilizes the receptors in order to play a sensory role.

The findings of the study have been published in the journal, Science Express.