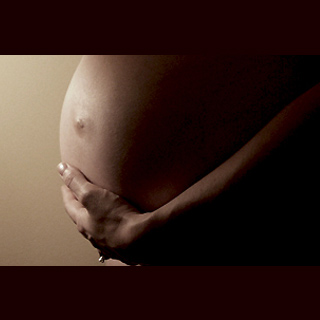 The following piece of information may have greater significance for low-income, ethnic minority expecting mothers. According to a recent study undertaken by the Yale School of Public Health, extreme weight gain during pregnancy and inadequate postpartum weight loss is particularly prevalent among low-income, ethnic minority women. Such patterns supposedly give rise to decreased growth of the fetus and preterm delivery or injury during birth.

Mothers putting on weight after giving birth apparently face a higher threat of cardiovascular disease, hypertension and diabetes. In the study 427 women aged 14 to 25 years were followed during pregnancy till 12 months postpartum. It appeared that 62 percent women especially those already overweight or obese had surpassed the maximum recommended weight gain. On the other hand, 22 percent women acquired weight within recommended guidelines. In the postpartum experts noted that one-third of the study subjects had a higher BMI one year after giving birth. The remaining 68 percent were probably overweight or obese.

Jeannette Ickovics, a professor at the School of Public Health and the paper’s senior author, said, “Rates of overweight and obesity have increased dramatically in the United States and abroad. For childbearing women, obesity and excessive weight gain can result in serious adverse health outcomes for both mother and baby. Pregnancy is a pivotal point for weight management. To promote good health, we must consider pregnancy a ‘window of opportunity’ for interventions to improve weight management and reduce the shift towards obesity.”

While five percent were with a normal weight, 53 percent reported excess weight gain before pregnancy and referred to as obese one-year postpartum. A shift in BMI after just one pregnancy may be compounded with future pregnancies. As per the Institute of Medicine guidelines announced in 2009, women underweight at the onset of pregnancy can gain no more than 40 pounds. Those who are overweight or obese can put on not more than 25 pounds and 20 pounds respectively.

The study is published online in the journal American Journal of Obstetrics and Gynecology.

Promising novel path for treating traumatic injuries seems to have been...