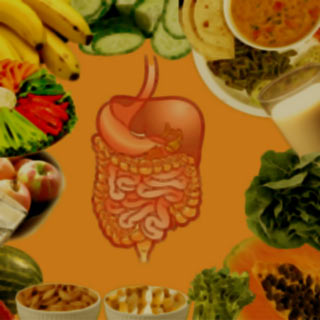 Often when people are suggested to have smaller meals, they presume that at their next meal they’ll be so hungry that they will tend to over-eat. But a new study shows that this is not the case.

Although a small meal may increase hunger more than what is felt after having a larger meal, both their hunger ratings were believed to be equally high. Exercising after a small meal not only was stated to aid in weight loss but it was also believed to reduce hunger pangs. This interesting study was led by Katarina Borer, professor in the University of Michigan School of Kinesiology.

Borer says, “The stomach or gut knows when we are full, and that has to do with volume and energy contained in food. Our body tracks the amount of food that goes into our mouth and the stomach. Our stomach is the smart guy who knows what’s going on and tells our brain.”

Although exercise notably make one feel less hungry; it allegedly does not make one feel hungrier or induce them to consume more food at their next meal.

In order to better understand this criterion, Borer was noted to have with-held calories through diet, and even had people burn calories via exercise. It was observed that reducing the number of calorie intake through small meals causes hunger; however the reverse is also notably true when after having a larger meal calories have been burnt through exercise. However, Borer observed that even after intravenously replacing these nutrients and calories, the subjects didn’t seem to feel full after either a small meal or exercise. Thereby, indicating that the amount of food that passes through the mouth and gut may activate a feeling of fullness or hunger in a person.

Evidently, these findings question the role of the hormones, leptin and ghrelin. These hormones are believed to act as a satiety signal in controlling appetite and signaling hunger, respectively.

It is presently believed that, hormones and various other sensors detect an individual’s calorie excess or deficit, following which ghrelin steps in and signals the body as to whether it needs to stop on calorie fill or eat during an energy deficit. Although leptin and ghrelin hormones were found to be capable of tracking one’s energy level, they didn’t seem to affect the level of hunger or appetite.

However it was also stated that these findings don’t recommend the consumption of small volume of calorie-rich foodstuffs like pizza while dieting. In such a case a person may feel hunger pangs faster than what they would feel after consuming larger amounts of healthy low-energy foodstuffs.

Borer explains, “You need to satisfy your stomach but not add a lot of calories.”

More so, the added advantage of having a low-energy high-nutritious food is that it could be helpful in weight loss and boost one’s over-all health. Although equal volumes of pizza and vegetables and lean meat are believed to make one feel full, the latter is stated to be a healthier alternative.