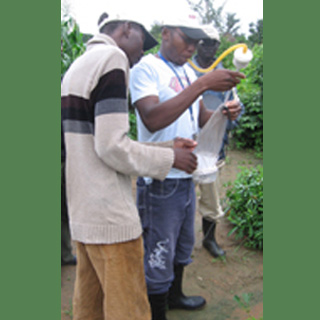 Annually more than 225 million people are affected from malaria, a disease which kills around 800,000 African children. It is believed that malaria is triggered by the parasite Plasmodium falciparum in humans. A groundbreaking investigation has now found that the Enterobacter bacterium is part of the naturally occurring microbial flora of the mosquito’s gut and kills the parasite by producing reactive oxygen species. This bacterium can supposedly halt the development of Plasmodium falciparum.

Just like humans, mosquitoes too apparently have a variety of bacteria in their digestive systems. During the research, experts isolated the Enterobacter bacterium from the midgut of Anopheles mosquitoes. These mosquitoes had been collected near the Johns Hopkins Malaria Research Institute at Macha, which is located in southern Zambia. Not less than 25 percent of the mosquitoes collected reportedly had the specific bacteria strain.

“We’ve previously shown that the mosquito’s midgut bacteria can activate its immune system and thereby indirectly limit the development of the malaria parasite. In this study we show that certain bacteria can directly block the malaria parasite’s development through the production of free radicals that are detrimental to Plasmodium in the mosquito gut,” enlightened George Dimopoulos, PhD, senior researcher and associate professor at the W. Harry Feinstone Department of Molecular Microbiology and Immunology, and the Johns Hopkins Malaria Research Institute.

After conducting a number of tests and experiments in the lab, it was affirmed that the bacterium inhibited the growth of Plasmodium up to 99 percent. This result apparently remained constant both in the mosquito gut and a test tube culture of the human malaria parasite. It was mentioned that higher doses of bacteria may have a greater impact on Plasmodium growth.

The research is published in the May 13 edition of Science.