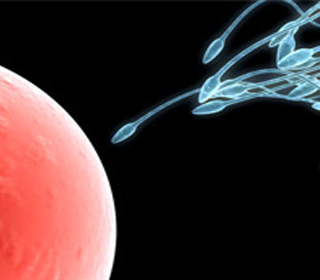 Scientists at Leeds and Bradford have found a unique ‘DNA signature’ in human sperm, which may perhaps operate as a key that unlocks an egg’s fertility thereby stimulating new life.

Drs David Miller and David Iles from the University of Leeds, in partnership with Dr Martin Brinkworth at the University of Bradford, have discovered that sperm marks a DNA signature which could only be recognized by an egg from the same species. Apparently, this permits fertilization. Also, it may even elucidate how a species grows its own exclusive genetic identity.

Dr Iles stated that, “What we have discovered is a previously unrecognized DNA packaging ‘signature’ in mammalian sperm that may be essential for successful fertilization of the egg and development of the embryo. We think it may also be ancient in origin.”

It was observed that without the right ‘key’, successful fertilization either could not occur, or if it does, development may perhaps not progress normally. Especially, turbulence in human sperm DNA covering is believed to cause male infertility and pregnancy failures.

In addition, this ‘lock and key’ mechanism seems to have other deep implication. This method not only explains why some otherwise healthy men produce sperm that is sterile, but it also explains how different species develop and maintain their own identity.

“Up until now, Doctors have struggled to understand idiopathic male infertility. Our latest research offers a plausible explanation for why some sperm malfunction or fail to function correctly,” says Dr Miller.

If the DNA carried by a sperm cell appears to have slowed down and stretched out, it would measure more than a meter in length. Thus the DNA requires to be very tightly coiled or packaged in order to fit this entire DNA into the microscopic space inside the head of the sperm cell. However, the Leeds study seemed to have shown that not all of the DNA in human and mouse sperm is packaged in the same way. Even though most of the paternal DNA seems to have been compressed in an extremely compact fashion, some appears to be packaged less tightly.

Dr Iles further elucidated that, “There is a definite pattern to the way DNA is packaged in sperm cells and we can see that this pattern is the same in unrelated fertile men. It is different in the sperm of infertile men. This implies that there is significance to the packaging of DNA that has a direct relevance to male fertility.”

Evidently, the detailed analyses of the DNA in the ‘open’, less tightly packaged arrangement, showed this DNA carries a large amount of the information. This information appears to be vital for stimulating the genes which are essential for directing the development of the embryo.

Also, further investigations showed the same arrangement may likely be seen in the sperm of several dissimilar human donors and extremely, similar packaging patterns may perhaps be present in the sperm of mice.

Thus, DNA regions in the ‘open’ arrangement may be more at risk in damaging toxins in contrast to those which are tightly packaged. These toxins were noted to include those found in cigarette smoke and certain anti-cancer drugs.

“This might mean that anything capable of causing genetic damage to sperm could have particular significance for the development of the embryo,” says Dr Brinkworth.

In addition, the findings have assisted in elucidating why inter-species breeding seems to be so rarely successful. This is because the locks and keys of two species do not match however similar their DNA appears; therefore no viable offspring could be born.

The findings of the research will be published in the journal of Genome Research.