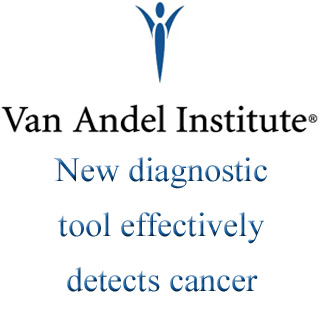 Because of the complexity involved in diagnosing pancreatic cancer in its early stage, it is apparently known to be one of the deadliest forms of cancer. However, the process which examines carbohydrate structures in the bloodstream, could possibly lead to the development of blood tests which may be able to detect cancer more efficiently.

“Tumor cells sometimes shed proteins into a patient’s bloodstream. These proteins can have carbohydrate structures attached to them that might be able to tell us not only if a patient has cancer, but also more about the cancer and how to treat it,” says Brian Haab, Ph.D., VARI senior scientific investigator.

It was believed that associating specific carbohydrate alterations on proteins with cancer may possibly offer improved cancer detection. This method appears to be better in contrast to the measuring of protein levels alone which is at present the most regularly used method of blood testing for many types of cancer.

For the purpose of better understanding the analysis, researchers used a method to examine blood samples from pancreatic cancer patients at Evanston Northwestern Healthcare in Illinois. The findings revealed the occurrence of a variety of alterations on different proteins.

Lead author, Tingting Yue, a Michigan State University graduate student working at VARI, stated that, “Interestingly, the protein with the most alterations was not previously recognized as a marker for pancreatic cancer, perhaps because the protein level alone did not provide good cancer detection. This protein is found in pre-malignant lesions and could be valuable for early detection if we can find unique alterations associated with it.”

“We greatly need improved diagnostic tests to find tumors at the earliest possible stages to provide the most appropriate and effective treatment for pancreatic cancer patients and to improve their chances of recovery. These results are an encouraging step toward that goal,” elucidates another study’s author, Randall E. Brand, M.D., Professor of Medicine at University of Pittsburgh Medical Center.

Haab was of the opinion that specific alterations could also be associated to specific cancer characteristics including the ability to spread or resistance to therapy. In addition, few carbohydrate alterations may perhaps have distinct functions in cancer development. These functions seem to have therapeutic value.

The findings of the research have been published in the journal Molecular & Cellular Proteomics.