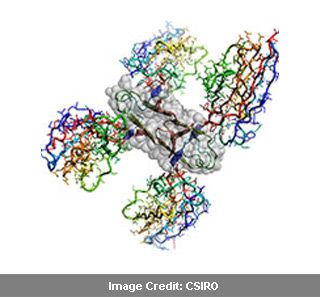 Alzheimer’s is apparently one of the fastest growing diseases in Australia and the most common form of dementia which has no appropriate form of treatment till date. It is assumed that since there is no ultimate treatment for this condition, early detection and prevention strategies can probably be helpful. With a highly imaginative approach, CSIRO scientists claim to have found a molecular target which identifies Alzheimer’s disease.

Known to be significantly involved in the development of the disease, amyloid beta supposedly forms plaque, which points out the risk of Alzheimer’s. While conducting the research, experts captured amyloid beta in a crystal through x-ray crystallography. A part of the amyloid beta apparently fuses the protein to a shark antibody for avoiding clumping and forming plaque.

“Before we can understand the processes involved in the deterioration of the brain, we must determine the molecular shape of the damaging protein. Until now this has proved incredibly difficult because of the protein’s propensity to self assemble and clump together,” shared, Professor Richard Head who is the director of CSIRO’s Preventative Health Flagship.

Analyzing the amyloid beta’s structure supposedly empowered scientists to lay hands on a molecular target that detects the disease within the early stages itself. Understanding the structures of the amyloid beta itself may open doors to novel medications that interfere with the accumulation of amyloid beta in Alzheimer’s disease. The research findings appear extremely beneficial in the health terrain.

The research is published in the latest edition of the Journal of Neurosciences.

Meningitis Vaccine recalled in the US