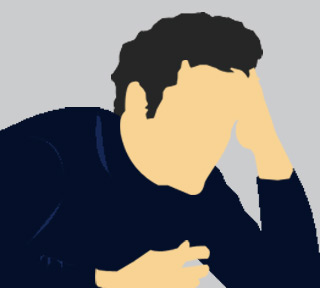 According to a new study, long term cancer survivors, who developed the disease in adulthood, may have a greater likelihood of facing serious psychological distress. This revelation was made by Karen E. Hoffman, M.D., M.H.Sc., from Brigham and Women’s Hospital and Dana-Farber Cancer Institute, Boston; and colleagues.

The study investigators analyzed the subjects participating in the National Health Interview Survey, which is an annually conducted cross-sectional in-person survey by the U.S. Census Bureau. These experts have estimated that almost 4% of the people in America may embody the 12 million cancer survivors present there.

They have stated, “The number of cancer survivors has steadily increased over the last three decades and is expected to continue to increase with the implementation of improved cancer screening, the adoption of more efficacious cancer treatment and the aging of the population. As more individuals survive cancer, it is important to understand how cancer and cancer therapies affect long-term quality of life and psychological adjustment.”

It was observed that the subjects who had participated in these surveys were seemingly asked to report about their history of cancer, and were also assessed with a scale of serious psychological distress.

The data obtained from the cancer survivors was believed to have then been compared to those of the people who had never suffered from cancer. Seemingly, the responses given by the survivors who had survived five years or more after the diagnosis of an adult-onset cancer were tallied with those of the latter group of people.

It was noted that more than 5% of the cancer survivors were found to suffer from severe psychological distress as compared to only 3% of the people without cancer. Evidently, having history of a disease like cancer may have various serious implications on the present mental health of an individual.

They have concluded by saying, “Because long-term survivors may not be seen by oncologists as frequently as they were during treatment, or at all, the increased risk of serious psychological distress and the need to screen for serious psychological distress should be communicated to primary care physicians and other care providers. Given that cancer survivors with more chronic medical conditions tended to be those most at risk for psychological distress in this study, the findings also underscore the need to integrate medical and behavioral health care for survivors. Specifically, cancer survivorship clinics may benefit from having mental health providers on staff for a multidisciplinary approach to the care of these patients.”

Apparently, around 9% of long-term cancer survivors and 6% of people without cancer reported of having sought the help of a mental health professional within the time span of a year.

The study findings have been published in the Archives of Internal Medicine, which is one of the journals of JAMA/Archives.