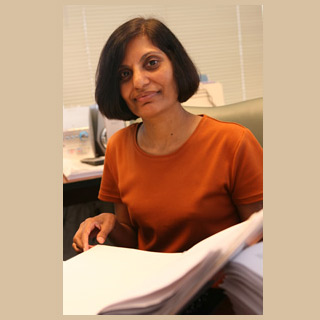 A latest study by a scientist at UT Southwestern Medical Center reveals that the sleeping patterns of adolescents may help to predict their depression risks. That’s right! The sleeping style of children and teenagers seems to be an indicator of who could be at the greatest risk for developing depression.

Sleep is known to be a biological factor that has been linked with adult depression. Apparently adults who are depressed experience rapid-eye-movement (REM) sleep earlier in the sleep cycle as compared to people who are not depressed. Whether this association was true in adolescents as well was not really clear until this study.

According to Dr. Uma Rao, professor of psychiatry at UT Southwestern and lead author of the study, adolescents who seem to have a familial risk for depression but were without a depression diagnosis experienced shorter REM latency. This meant that they attained the REM stage rapidly. By the end of the five-year study period, such adolescents had higher chances of developing depression as against those who reached REM sleep much later in the cycle.

“Sleep is probably more helpful in determining who is at risk for developing depression than in being a diagnostic marker for depression since REM latency of those adolescents was shorter before they even developed the illness,” mentioned Dr. Rao.

The investigator reveals that adolescent depression appears to be more complex to prevent and treat. This is mainly due to the baseline levels of sleep along with other factors that may be used to diagnose depression which are not clearly defined. In clinical studies for example adolescents who don’t exhibit mental illness could erroneously be labeled as control group members. Primarily because they may have not yet reached the highest – risk period for fostering depression. This seems to be the mid- to late-adolescence and early adulthood period.

“Comparing these younger adolescents to those already showing depression obscures study results and can affect our understanding of the underlying mechanisms for depression as well as its treatment,” further explained Dr. Rao. “Long-term studies may be helpful in determining which research participants should be considered as part of the control group. This study is an initial step in determining baseline measures that differentiate healthy adolescents from those who are likely to develop depression, bipolar disorder and other mental diseases as they get older.”

In addition to this experts also analyzed one more biological factor which was supposedly known to be linked to adult depression. This factor was cortisol which is a hormone that is found to elevate in humans who are under stress. Evidently in adults, increased cortisol levels seem to be related to depression and are lowered much before external indications of depression like feelings of sadness diminish. In remitted patients, high cortisol levels could possibly help in ascertaining who is specifically at risk for relapse of depression.

The study included 96 adolescents with no evidence of depression or other psychiatric disorders at the beginning of the study. Boffins invigilated the sleep cycles of the participants for three days. They collected saliva and urine samples so as to record cortisol levels and the teens were then closely monitored for up to five years. At the end of the five-year study period, scientists discovered that besides the sleep finding, adolescents with increased levels of cortisol were also more likely to develop depression as compared to others.

“Depression is not mediated by sleep alone,” mentioned Dr Rao. “If we can identify factors such as sleep and cortisol and their role, we could start the prevention process before the disease leads children and teenagers down a path well behind their peers educationally and socially.”

Presently, Dr. Rao claims to be utilizing magnetic resonance imaging techniques and neuropsychological factors to better understand their impact on the risk for depression and addictive disorders. Additionally this will also help her recognize youngsters who could be likely to respond better to antidepressant medications.

This finding is available online and in the July edition of Neuropsychopharmacology.

Diabetes treatment may get a fresh turn with nanocomposites