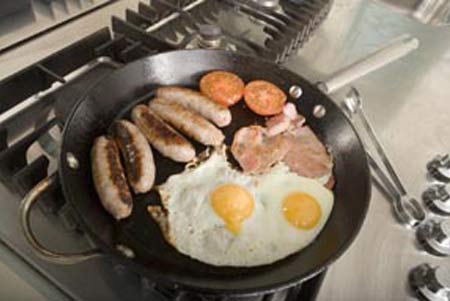 When it comes to an effective dieting schedule, some of us opt for the low-carb high-fat combination. However, a team for the University of Alabama (UAB) has disclosed that a high-fat low-carb diet may not be an alternative for obese people with heart attack risk.

For the research, a set of obese rats was fed a high-fat low-carb diet, while another clan of control mice consumed a normal diet. The outcomes showed that the former group was apparently at greater risk for fatal heart attacks as compared to the latter.

“Obesity and heart disease are major public health issues and are the leading causes of other disease — including diabetes, stroke and death. Many overweight people turn to a high-fat, low-carb diet because of its effectiveness; but research has yet to adequately assess safety, and there is insufficient evidence to recommend them for people seeking to lose weight,” commented UAB cardiologist Steven Lloyd, M.D., Ph.D.

This analysis could come as an important caution to all dieters in the world. Those at greater risk for heart attack or having signs of coronary artery disease ought to stay away from high-fat and low-carb diets, as per the results of the trial.

The report will be presented at the 2012 American College of Cardiology Scientific Sessions.